The Phone Box At The Edge Of The World – Laura Imai Messina: A Finely Modulated Meditation Upon Grief 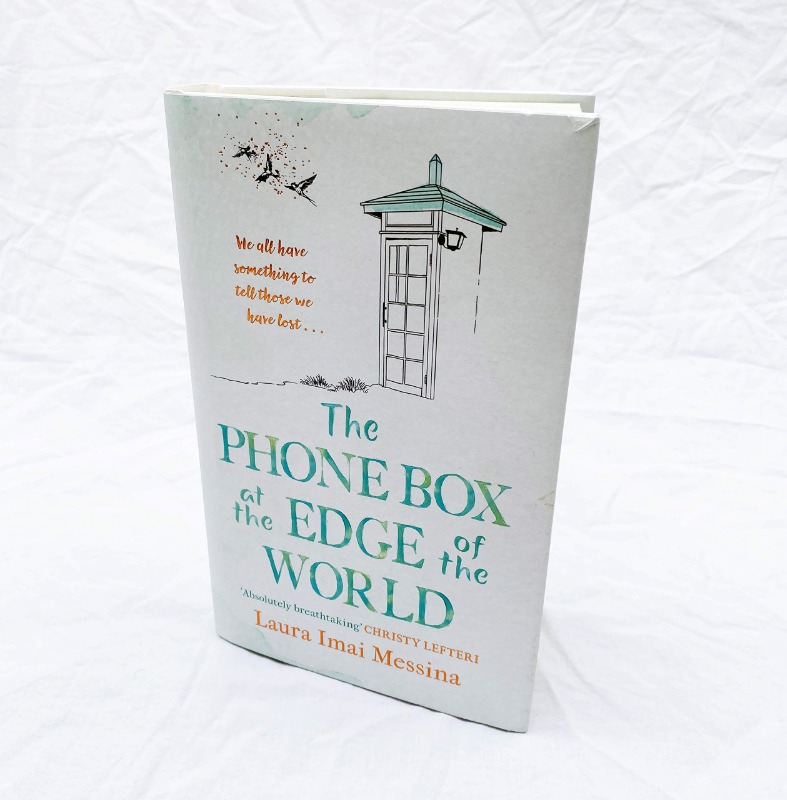 “The telephone line won’t carry my voice. So, I let the wind do it, hence the name The Phone of the Wind”. The words of Itaru Sasaki. Wanting to speak to his recently deceased cousin, Itaru instals a telephone box in his garden, which sits at the bottom of the Mountain of the Whale and overlooks the sea off the coast of Otsuki in Japan. Twelve months later in March 2011, Otsuki is decimated by a tsunami which kills 861 people and leaves 421 missing. Itaru, “wanted to offer something for people to connect with those they had lost”. Soon thousands of people begin making the pilgrimage to the Phone Box to speak to their dead. This is the true story upon which Laura Imai Messina’s newly released novel, The Phone Box at the Edge of the World is based.

Messina tells us in an interview in 2019, “I wanted to write about mourning, but also the relief and joy of survival, the feeling that we have to entrust parts of ourselves to the people we love and the courage we need to let those closest to us go”. Inspired by her visit to “The Phone of the Wind” in 2011, Messina witnessed those who picked “up the receiver” to “talk to the dead” and shares that experience with us in her novel, together with a tender sagacity which is a credit to its author and a joy for the reader. Didactic and entertaining is not an easy act to pull off especially when your subject matter is morbid and your Italian heart light!

The novel follows Yui, a woman who has lost her mother and daughter in the tsunami and though outwardly functioning, has repressed her inner pain, anaesthetising her emotions to the point where only perpetual grief can be felt. Hearing of the “Phone of The Wind”, Yui makes the long pilgrimage from Tokyo to Otsuki, however once there, she finds herself unable to lift the receiver or speak. Amongst the many others seeking the cathartic release of connection with their departed loved ones, she meets Takeshi. He too is burdened with ineffable pain, having lost his father to a heart attack and his wife to cancer. Now, his young daughter, traumatised by inexplicable loss has become withdrawn and mute. The plot traces the journey all three characters embark upon, as they confront their sorrow and attempt to move beyond the stultifying asphyxia of loss.

“I believe the story is for those who want to witness the transformation from before to after; for those who do not want their lives to be brought to a halt by the terrible things that happen to us, but want to keep opening themselves up to life’s opportunities”: Messina’s comments expressed in an interview about her new novel. Japan is perhaps not best known for its cultural predisposition towards unfettered emotional expression! Indeed, kijoor, the principle that the greater the suffering, the less it is shown, prevails in what remains a nation profoundly steeped in Buddhist tradition and societal prescriptives. Yet, emotional intensity is both skilfully portrayed and entirely consistent with Japanese proclivities.

Into this complex and emotive thematic fabric, Messina weaves in a love story as apprehensive as it is tacit. Reflecting a line from the one of the most ancient works of Japanese literature, the Kojiki - “Therefore, do not give love in a hurry” - the novel connects both the living with the dead and as importantly, the alive with each other. It’s a story of universal grief, personal loss, insecurity, love and hope. An intimate examination of Japanese culture and the power of a symbol to become a healing butsudinor private shrine for all those having crossed Japan’s equivalent to the Styx, the Sanza River.

At the epicentre of this evocative novel, “The Phone of the Wind” invisibly connects its leitmotifs, metaphorically uniting the living with the deceased, the Here with the Nowhere and the past with the present. Poignant memories, intractable sadnesses, visceral yearnings and courageous acts of dignity haunt the novel; characters as essential to the book as the three well-drawn protagonists. 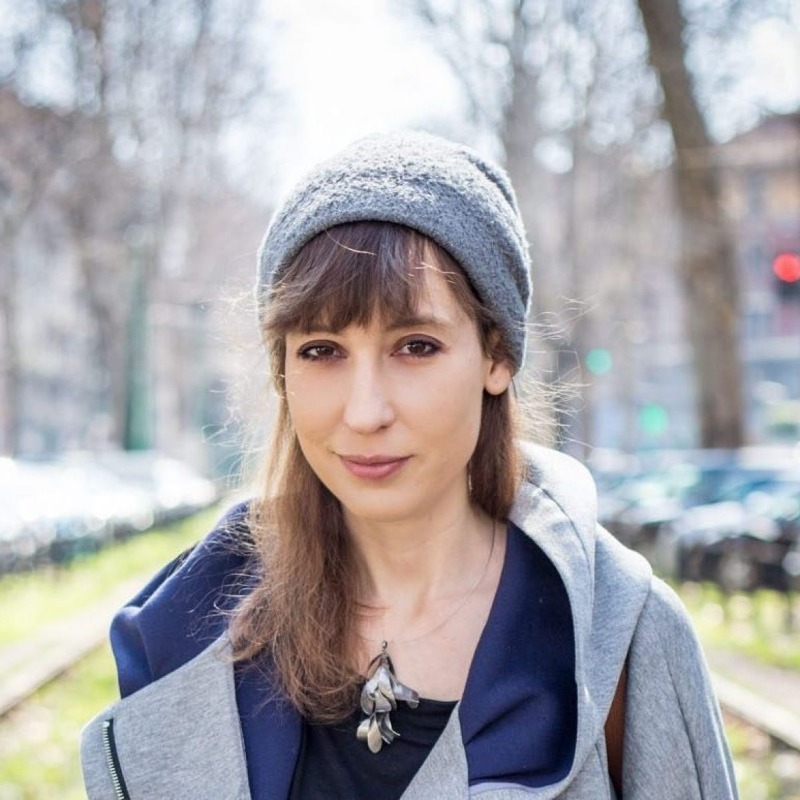 Laura Imai Messina
This is Messina’s third novel. She’s an author with an interesting backstory and one which helps us understand both her creative impulse and expression. Italian by birth, Messina moved to Japan fifteen years ago. Born in Rome, she instituted what would become a hugely successful blog celebrating Japan’s culture, traditions and literature, Giappone Mon Amour in 2011 and has lived in the Far East since her move. Gaining a doctorate with a thesis on the Japanese writer Ogawa Yoko, she went on to secure her Ph.D in Comparative literature, focussing upon materiality in Japanese and European literature.

I relate these admittedly dusty facts because an acute authorial mind quietly inhabits this deceptively simple book. Messina both understands and cares for Japan and its ancient culture. Her novel is so deeply infused with cultural awareness as to saturate it with authenticity and provide both veracity and artistic realism. This is not a novel penned by a naïve gaijin or foreigner. It is a tender homage to a nation respected, admired and indeed loved. Not gushing, but sincere.

Speaking of Japanese literature when interviewed in 2018 by The New York Transatlantic, Messina said, “It meets the need for beauty and meditation. The task of literature is to suggest new ways of being in the world, to connect the here to the there”. So says the author in the epilogue to her own novel. To my mind, Messina has attempted to echo the poet Basho (1644-1694) and take the spirit and purpose of the Haiku and elegantly transmute it into the form of an elegiac prose novel. Aspects of her touching book soar like eagles swooping above ice capped mountains, raising our spirits to meet them high above the ground of human grief. However, a cathartic literary therapy must be more than a fragrant, technically assured balm.

So, Messina has created a heartwarming novel of undeniable beauty, yet for me, true poetic force has escaped a soulful author, muted by a blogger’s need to explain. Basho would perhaps have recognised the artistic intent, but suggested that we feel the sun upon our skin, not merely see it in the sky. Respectfully, I would agree. That said, there is far more to celebrate than to bemoan within the pages of what is a stylish and carefully calibrated meditation upon the nature of loss, grief and the joyously restorative power of love.


Also by Paul Spalding-Mulcock...
Review: The Beauty Of Living - E.E. Cummings In The Great War By J. Alison RosenblittThe Picture Of Dorian Gray And Bel Ami : A French ConnectionMaupassant - Tales Of Day And Night: Folly Satirically Eviscerated By A Master Of The Short StoryReview: Au Revoir, Tristesse: Lessons In Happiness From French Literature By Viv GroskopTurgenev’s Fathers And Sons: Nihilism’s Ineluctable Catalytic Force For Change
Coruscant and emotive, the book’s truths are often exquisitely voiced. Sparse prose and double spaced lines allow the nothingness of life to breathe amongst its “astonishing banalities”, giving the book its taught power. Characterisation is assured, benefitting from innocent lists of the small details which define a person and our relationship with them. The emotional energy of the book, like the eponymous dynamic force of the wind itself, surges through the story much like a tsunami waiting to crash upon the shores of repressed loss and eventual acceptance. Imagery is frugally sprinkled with hyperbolic melodrama carefully eschewed in favour of understated, haiku-like sentences. Technical aplomb permeates the novel, unobtrusive and diligent, like an unseen servant ensuring that the author’s guests are undistracted by that which should not be seen.

Illustrations of kingfishers, said to be the first birds to fly from Noah’s ark and symbolising peace and the promise of prosperity, hope and love, adorn chapter headings. The book is white under its attractive dust jacket, the colour of purification; a subtle physical reference to the cathartic Buddhist theme of healing through funereal ritual and emotionally cleansing acceptance.

Comparing her work to Murakami, Banana Yoshimoto, Natsuo Kirino or Kenzaburo Oe, is tonally inappropriate and woefully reductive, yet Messina does echo their prowess at moments, thereby perhaps inviting tempered comparison. I’m paying her a compliment, not disparaging her by faint association. Messina has not, to my mind, joined their ranks, however aspects of her writing are engagingly impressive. Her future novels may well evince the true measure of her talent.

So why did I see but not not feel the sun’s rays? Perhaps it is the binary dislocation between the book’s moments of astonishing brilliance and those of flaccidity, which leave me ambivalent and critically tepid. I’m well aware that I might be guilty of harshness. However the novel is a variegated display of exceptional talent and had I not seen its beauty, I would not object to its rare but conspicuous patches of incongruously pallid sterility. A Zen garden with an untidy border.

Yui’s philosophical musings are unconvincing, inauthentic and clumsy. The obvious is all too often explained. Syntactical quirks mar otherwise elegant, modulated prose. For me, the emotional denouement comes too soon, with the novel carrying on beyond its sedulously finessed crescendo, thereby leeching away its inherent force. Yui’s internal crisis appears to be shoehorned into the plot, artistically debilitated by the very brevity which lends so much to the novel’s cultural and visceral force. The ‘Japanese Glossary’ is welcome but the ‘Reader’s Questions’ feels like an uninvited guest at an otherwise dignified wake. Did the editor invite them, as I’m sure the author did not! Inconsequential points, but Messina, by her own admission, knows the value of small details.

So, a novel of delicate charm and definitely a book likely to warm the hearts of many readers. True, that whilst this pedantic reader did not feel the metaphorical warmth of its sun, he did see enough of that sun to want to read Messina’s next novel. Her pétillant talent did permeate most of the novel and that’s not a bad reason to read this book and eagerly anticipate her next!