Things You Might Not Know About The Grand National 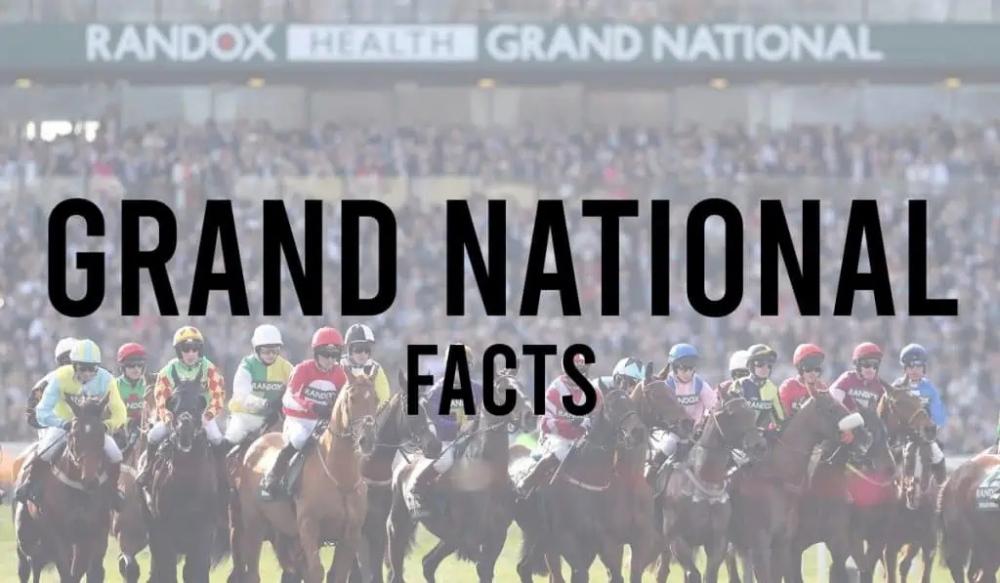 1. Queen Elizabeth II has been riding since she was 4 years old, when her father King George VI gave her a Shetland pony named Peggy.

2. The Queen Mother was an avid National Hunt Racing fan, Princess Anne and her daughter Zara Phillips both became top event riders and the Princes William and Harry both play polo.

3. All the horses that you see in the royal parades are kept at the Royal Mews at Buckingham Palace, “one of the finest working stables in existence.” The Queen names each horse.

4. The Royal Mews is where they keep all the carriages, coaches and cars used by the Queen.

5. The Queen is famous for always riding without a helmet.

6. The Queen owns many racehorses, having initially inherited the breeding and racing stock from her father King George VI.

7. As of 2013, horses owned by the Queen have won over 1600 races. She has had winners in all of the British Classics except the Grand National.

8. Queen has actually made £7.6 million from her race winnings.

9. Monty Roberts AKA The Horse Whisperer has trained the Queens horses since 1989. He has been honoured by the Queen and is a honorary member of the Royal Victorian Order. They have shared a close friendship since he began training her horses. She even named a Corgi after him.

Facts about the Grand National

The queen has never won the Grand National race.

The Queen is said to have had her first riding lesson at the age of three, so it is fair to say the Queen’s love for horses started at a very young age.

In 1952 King George VI died, and the Queen inherited the throne and also her father’s breeding and racing horses.

Every year the Queen's favourite event is said to be Royal Ascot.

The Queen’s own horses have competed in many races over the years, and, on 71 occasions, have even won the event.

The royal family has played a huge role in owning, training and riding horses at the Grand National racing event.

With over one thousand horse racing victories it is a shame they have never won a Grand National.

The closest chance of winning the Grand National was when Devon Loch had a five-length lead over his nearest challenger and inexplicably fell on the final straight, just 40 yards from a certain victory.

Here are some interesting Grand National racing facts and figures from previous years:

When was the first Grand National race?

What was the largest field ever assembled for the Grand national?

What was the smallest field of runners in Grand National History?

How heavy is a Grand National horse?

When looking back in history and researching the grand national winner stats you understand the heritage of the famous Grand National event.

Here are the winning statistics of the Aintree Grand National.

Which trainer has won the most Grand Nationals?

The horse racing trainer with the highest amount of Grand National winners are:

Which horse holds the record for the fastest Grand National?

Mr Frisk is the horse who holds the fastest winning time for grand national victory in 1990.
The fastest ever time is the 8 minutes 47.8 seconds by Mr Frisk who was trained by Kim Bailey and ridden by Mr Marcus Armitage.
The fastest record time to complete the Grand National course in 8m 47.8s is the only winning horse in the history of the Grand National to ever run under nine minutes.
The slowest time was in the first Grand National back in 1839 when it took Lottery 14m 53s to win the race.
The grand national winning times over the past decade have been an average of 9 minutes and 10 seconds (9m 10s).

Which horse was the shortest-priced winner of the Grand National?

The shortest-priced winner in Grand National history was Poethlyn at 11-4 in 1919.

Poethlyn had won the ‘War National’ (an unofficial substitute for the Grand National), run the previous year.
Then was sent off at an 11-4 short odds favourite to back up that win and he did so in fine style winning by eight lengths.

How many female horses have won the grand national?

There have been 13 female horses winning the Grand National.

Who is the oldest grand national winner?

Has a grey horse ever won the Grand National?

The 3 different grey horses to secure victory in the Grand National a total of 4 times are:

With a total of five wins, the most successful jockey in the whole history of the Grand National remains George Stevens.

The final triumph came in 1870 for George Stevens to secure his fifth victory.

How many times has the favourite won the grand national?

Here are the Aintree Grand National statistics on finishers in the history of the iconic race.
The least finishers to complete the Grand National race was just two horses.
The 1928 Grand National record the smallest number of finishers ever with only two finishing and one of those included 100-1 outsider Tipperary Tim to get second place.

What is the most finishers in the Grand National?

How many horses usually finish the grand national?

On average 18 horses usually finish the Grand National.
The race starts with 40 runners and riders and on average more than half do not complete the whole race.
The Grand National statistics show the average percentage to finish is 45% of horses which is 18 out of the 40 who start the race.