‘Those Things We Do Not Say’ : All The Beautiful Liars By Sylvia Petter

The gestation of Sylvia Petter’s astonishing novel – it was twenty five years in the making – might suggest a labour of love, if the phrase didn’t set platitudinous limits on a profoundly meaningful, perhaps autobiographical, investigation of the hinterland of one family’s complex and troubled history

I infer the guiding hand of experience because Ms Petter’s trajectory – Australian by birth, professionally settled in Austria – is a semblance of that of her protagonist, Katrina Klain. Klain’s journey is motivated both by an existential desire to assemble a picture of her ancestral past from an ambiguity of hints, and a longing to return to the terrain of her forbears in Vienna.

And that odyssey reveals, in insights which gutter and flash by tantalizing degrees, the cul-de-sacs of misunderstanding, and unexpected discoveries. The resounding architecture of Sylvia Petter’s material is one of the keys to her novel’s exquisite realisation: the Klain family back-story is a rich brocade of the picaresque and the unreliable, of misplaced patriotism, of acts of unsolicited heroism and of love in despite. The dramatis personae of All the Beautiful Liars are cogs in the grand machine of European purpose at the twentieth century’s seminal moments, and to an alarming degree all are subject to the seductive blandishments of a dark era’s excesses.

The novel’s compass is inherently panoramic, bearing, as it does, the weight of a continent’s cataclysmic and bloody groynings. And it is fitting that Petter should punctuate the book’s several parts with the novel formal device of an ‘Inflight panopticon’: the ‘aerial’ view of Klain’s life, as viewed from an aeroplane on a return journey to Australia after several decades in her ‘homeland’ of Europe, is panoptic, seen from all angles and finally resolved in the recapitulation of a knowledge she has acquired over many years. By another reading, she is ‘released’ from the incarceration of ignorance, for, whilst airborne, Klain’s Bildungsroman, her acquisition of an historical picture only dimly perceived as a child, is revealed in the form of backward glances, from 1969 in Vienna, to the point at which she returns home. Petter inveigles a rare species of doubt into her story at such moments, by interspersing Klain’s first-person interjections with those of a ‘knowing’ alter ego, who questions Katrina’s judgment in a quickfire exchange, and acts, like an absent mother-figure, to fill the void with half-truth and invidious insinuation, in an ingenious resemblance to the Stichomythia of Greek Tragedy.

The interchanging narrators, from the predominant Katrina herself, to her mother Bettina, to her father Alfred and Uncle Harald, are the interlocutors of memory and perspective, collective curators of knowledge both declared and withheld, whose respective deceptions, accusations and occasional sincerities act to re-engineer experience, or to evade complicity, or both. The dominion of truth is negotiated as history itself is negotiated: personal predilection, even identity, is rendered unclear by the second-handing and distortion of salient information. The suggestion of Alfred’s Nazi sympathies is tangentially corroborated in the whitewashing testimony of Katrina’s East German cousin, and eventually confirmed by the former’s mother, whose own detachment is reinforced by fidelity to the memory of another; the novel’s closing pages disclose a revelation which in many ways squares an enigmatic circle. 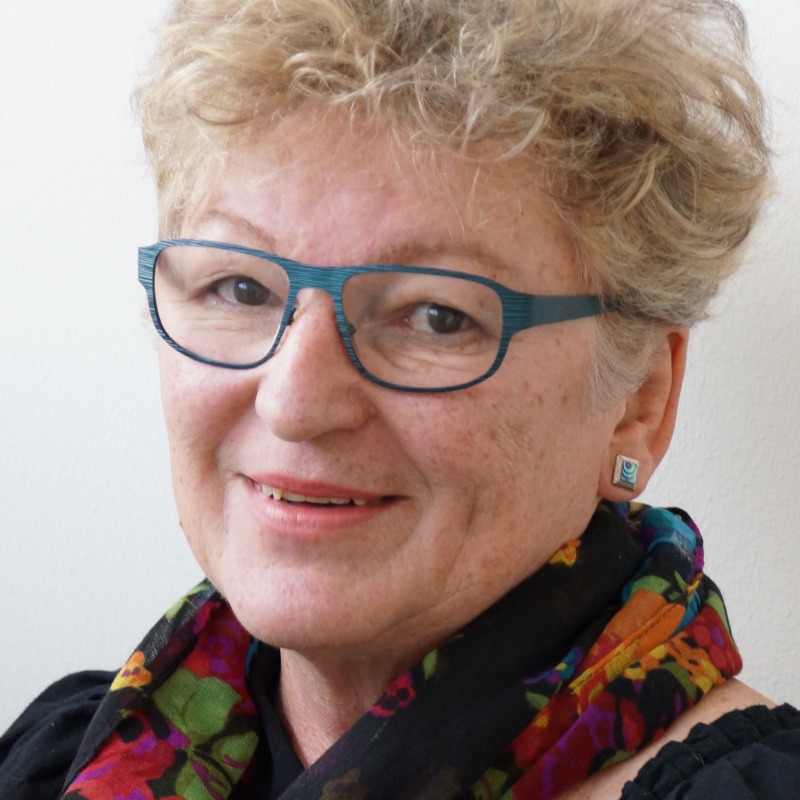 Sylvia Petter
It is fitting, also, that Katrina Klain works as a translator in Geneva. Petter’s ‘reading’ of deracination, the meaning of ‘home’, and domestic disharmony, are microcosmic conditions of the catastrophe which defined Europe for the generations that followed. And, just as books are ‘traduced’ in translation, so, also, is the meaning of history and memory in the unreliable representation of its witnesses. Klain’s additional role brings a wider awareness of the immediate perils of the interpreter, but points, by association, to the, often unwitting, renegotiation of lived historical experience in the time it takes to blink:

‘Traddutore, trattore: to translate is to betray, or some such. To interpret went further – translation without a net – consecutive or simultaneous; once the words were spoken, it was all over’.

Petter’s research, and attention to geographical and period detail, are matched by her commitment to authenticity: the rise of fascism, counterposed by the immovable block of communism, forms an artfully adjusted backdrop to the lives of her protagonists, whose testimonies are profoundly persuasive. Their more recent counterparts, the young Katrina, her friend Madeleine and several satellite figures whose significance becomes clear as the narrative unfolds, are absorbed effortlessly into an early seventies landscape, still divided by the Berlin Wall, still reeking of the Cold War, and still overhung by the shadow of the then recent past.

Authentic representation demands scrupulous even-handedness, and we are indebted to Sylvia Petter’s honesty with regard to interpretations of the war that detract from the received narrative of the victors. A friend of mine on a school trip in 1971 gave some loose change to a disabled, homeless man on the streets of Freiburg and was shocked to have it thrown back at him for being British: the man had lost both legs in the bombing of Dresden, and had clearly never forgiven the Allies, or their progeny, for the unnecessary raid that resulted in a magnitude of carnage comparable to that inflicted by ‘Big Boy’ on Hiroshima. The East German character of Irmgard in the novel shares his rancour: describing the raid as motivated entirely by revenge at a time when the war was effectively won, her anger is fanned by the flames of a nationalism whose tenets had not been as efficiently expunged from popular memory as in Adenauer’s West. Petter’s deep well of irony thrives on the kinds of ambiguity that further muddy murky waters. Irmgard’s glossing over of the Holocaust need not compromise a legitimate concern for the welfare of the 200,000 who perished in the flames of Dresden, or the brutally surreal vision of British planes dropping leaflets onto the bloodied population promising more terror: ‘Wir kommen bei Tag und by Nacht’.

Sylvia Petter is at her very best when exploring such complexities of thinking, and whilst this is not the place to engage in a discussion of a subject that has been worried to existential silence by poets, philosophers and novelists, it is worth recalling the multivalent figure of Harald Klain, whose ambiguous description of ‘victimhood’ seems to get to the heart of the novelist’s mandate:


Also by Steve Whitaker...
The Endless Opportunity Of Words: Lanyard By Peter SansomPoem Of The Week: Wheel By Stephen DeePoem Of The Week: The London Dinner Party By Jayne JosoPoem Of The Week: The Vote By Ralph DartfordReview: Armonico Consort & Baroque Players at Harrogate Music Festival
‘These victims carried with them the real nightmares that could surface any time, any place – for it was they who would never truly understand what it was like to come back, or not, what it was like to be sent out to kill, to live a feeling of righteous power that was all-engulfing with the pull of a trigger, a gun aimed at the heart, or the pumping of a spray of bullets into a bloody garden of bodies. The real victims would never understand, and their suffering would reside in the doubt of not knowing, their hearts seeing, yet their minds incapable of understanding’.

Arthur Koestler could not have put it better. All the Beautiful Liars will remain current so long as memory and truth conflict.


All the Beautiful Liars is published by Lightning Books.