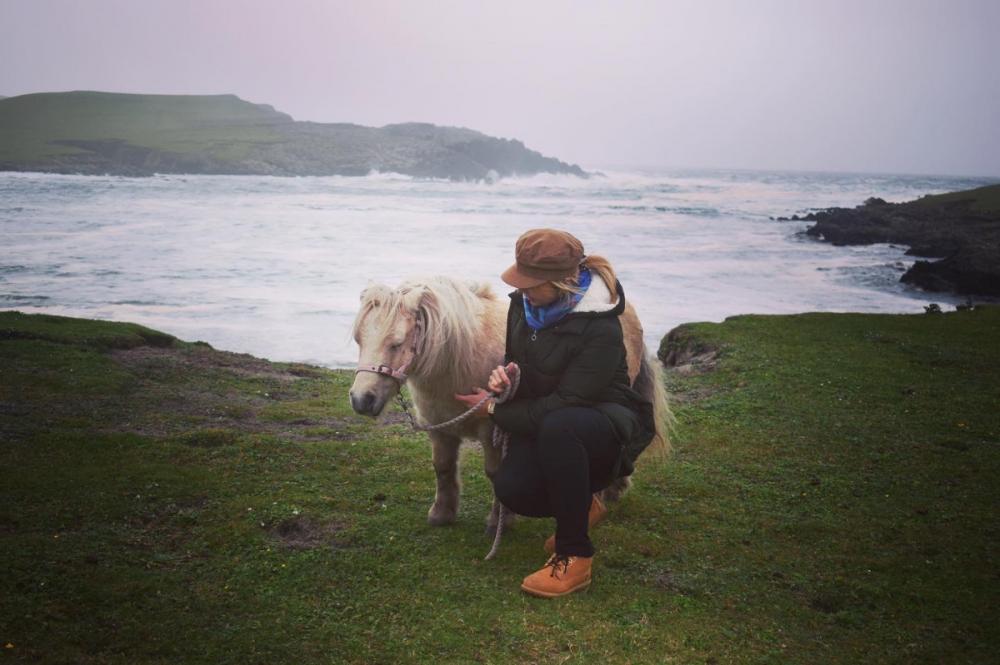 This time last week I was driving around in a red automatic Skoda hire car on the Shetland Islands, somewhere I have always wanted to visit.

Located between Norway and mainland Scotland I had been warned to wrap up warm and take plenty of warm clothes and I certainly needed them with 65mph winds on the last day.

The reason for my visit was to learn about the history of Shetland ponies and do some research into wildlife and the environment they live in. As many of you know I have a huge love for Shetland ponies, having two myself (Little Alf and Pepper) at my home here in the Yorkshire Dales.

I was commissioned to do a project on Shetland ponies and the difference between how they were used over the years compared to today. Finding out about the history of them was interesting and I learnt so much.

Shetland ponies have existed in the Shetland Isles for over 4000 years. Various findings have revealed that small ponies were around during the bronze age and it is thought that they had been in domestic use since then – so Little Alf’s ancestors go way back! 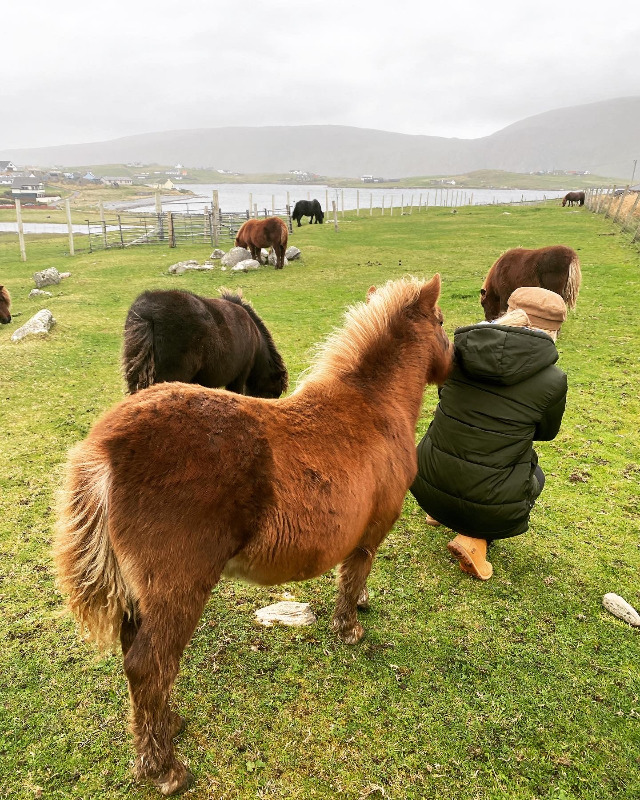 Over the centuries various reports have shown that ponies were around having a small stature, strength, hardiness, and longevity. The harsh island with little feed is likely to be the reason for the hardiness and purity of the breed as only the toughest survived the harsh winters. No place in Shetland is further than four miles from the sea, and it is legendary that the lack of food during the winter months drove the Shetlands down to the sea where they foraged the seaweed which had washed up upon the shores.

During my visit to Shetland I saw so many deserted sandy beaches with lots of washed-up seaweed so it was very easy to imagine how the Shetland ponies once roamed free across the island and foraged for food. It was really interesting to see the landscape, as what you thought would be full of trees and grass wasn’t, due to the strong winds and harsh winters the islanders struggle to grow trees on the island!

There are a lot of legendary stories of the Shetland pony and how they are the strongest of all horse breeds, used for centuries for working on the land, from carrying peat from the Scatholds and seaweed for the fields. The Shetland pony was never a draught animal until the mid 19th century as there were no roads until then.

In 1847 a law came in to play which banned children from entering the coal pits. The Shetland pony colts suddenly became in high demand to be used for the coal pits and they changed freedom from roaming the hills to the darkness of the mines, but the Shetland ponies' nature enabled them to adapt to all different environments allowing them to adjust quickly and they were treated with much affection by their handlers. Every so often they were returned to above ground for a period of time.

It was once said that thousands of Shetlands roamed on the island free and wild, but in today’s world most of the Shetland ponies have been claimed by people and are used as pets, for riding or breeding purposes. During my visit I was on a mission to find Shetland ponies and on our travels across the island I saw all different types. Sometimes you would be driving along and see fields full and other times you would spot one or two down by the beach. 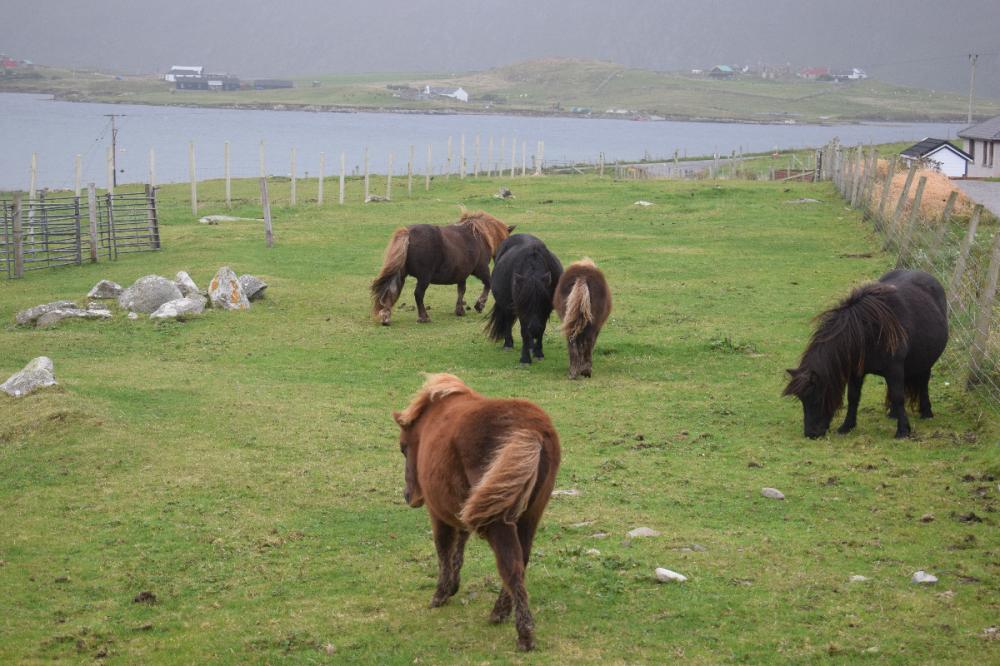 While I was visiting the Shetland Islands I went along to the ‘Shetland pony experience’ to learn more about the Shetlands on the island. Elaine the owner of the centre told me that each October there is an annual sale of the Shetland ponies and people can bid online all over the world to purchase them. The cost from getting them from Shetland to the UK is just £14.00 on the ferry – I was very tempted to bring Alf another friend home…

In the last twenty years of the nineteenth century thousands of ponies left the island. Reports of over one thousand a year, and many were exported across the Atlantic.

Today the Shetland pony no longer has the hard work of its ancestors, but many are used as children’s ponies for riding or carriage driving and they often compete in activities such as show jumping, dressage, cross country and the Shetland Pony Grand National.