Wallaby Shot And Left For Dead

A wallaby that was shot and left for dead by teenagers in Berkshire has been nursed back to health and found a safe home at the Yorkshire Wildlife Park, Doncaster. The animal was wounded near a children’s playground. Mobile phone footage shows it tumbling to the ground after it was shot and man’s voice can be heard encouraging the laughing youngsters to ‘kill it’ in the shocking scenes at Datchet, near Windsor Castle, in Berkshire. 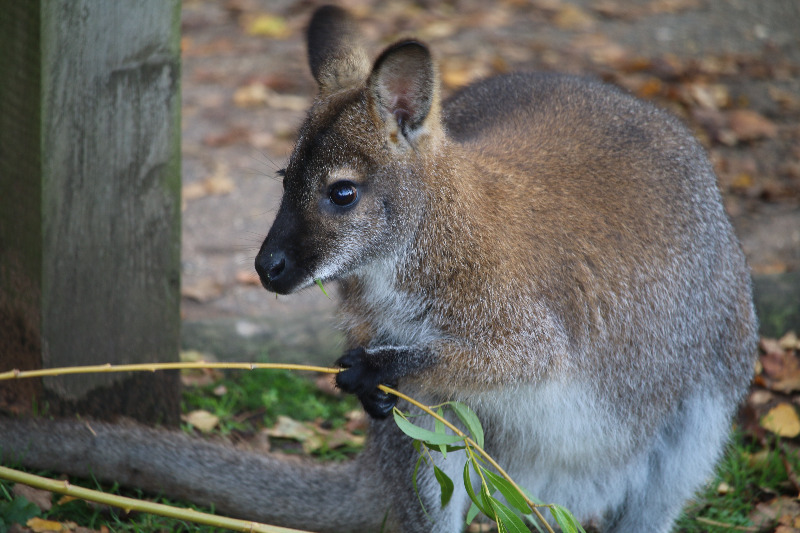 But the brave animal managed to limp away from the gang and was later taken into care by a wildlife veterinary service before Yorkshire Wildlife Park came to the rescue and offered it a permanent home.

The wallaby was rehabilitated in a quiet area with another wallaby for company for a couple of months and recovered well. Named Wildling by Rangers, she has now been introduced into the Wallaby Walkabout at the Park where visitors walk through the reserve on a path through the wallabies’ reserve as the animals come and go as they please.

Dr Matt Hartley, Head of Animals at the wildlife park, explained:" The name Wilding was given to her as much like the Free Folk in the TV series ‘Game of Thrones’ as she is quite a fighter. When she arrived, she was very cautious of her new environment and of the other wallabies. Her behaviour was rather like a young child’s first few days at school.

"But since settling into her new environment she is enjoying the space and the company of 29 other wallabies. She now heads towards the public footpath where visitors walk to get a up close and personal look at the wallabies. Wilding now happily plays and eats with the other wallabies too and is starting to find her place within the wallaby group.

“It was a such a terrible, cruel incident but thankfully she survived and we were glad that we could step in and help. She is now enjoying life in new surroundings where she will be guaranteed love and security, so it is a happy ending and it is great to see her back to full health. “

Experts believe the wallaby may have been living wild in countryside in Berkshire but had strayed onto open land where it was attacked in August. Bennett’s Wallabies live in wild colonies in several areas of the UK. They are believed to have escaped from private collections at stately homes in the 19th Century. These wallabies are hardy animals, living in the wild on the mountains of Tasmania, so they adapt easily to life in the wild in the UK.

The Park is open every day except Christmas Eve and Christmas Day and features many other animals including the only polar bears in England, lions, tigers, giraffes, rhinos and many more animals. On the weekends of 7thand 8thand 14thand 15thof December, the park will hold its popular annual Christmas Fair which is included in the admission price for the Wildlife Park.