'We Shall Be Forgotten' : In The Palace Of Flowers By Victoria Princewill 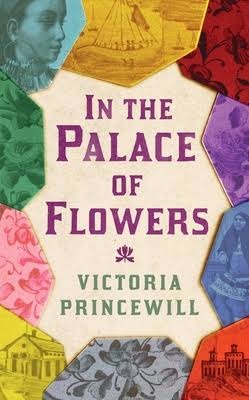 Historical fiction saturated in conspicuous facts, can descend into little more than an erudite concatenation bereft of humanistic verisimilitude and emotional resonance. Hours spent in assiduous research, like the mellifluous voices of sirens, can tempt an author to eschew narrative power and have this sine qua non of fiction usurped by the desire to convey facts, not life. Such works are at best turgid tomes which pay dull homage to desiccated details. Consequently, the reluctant reader feels more like a bored undergraduate in a lecture hall than an engaged, entertained soul transported to the foreign land of the past.

Guy Vanderhaeghe said, ‘History tells us what people do; historical fiction helps us imagine how they felt’. Fine historical fiction places its focus upon rendering its characters with ineluctable authenticity, their contiguous stories exerting the gravitational pull of a black hole mesmerically drawing a reader’s consciousness ever deeper into a book’s wondrous nebula. Characters and story first, facts utterly vital, but no more visible than the notes on a conductor’s score and given meaning only after deft creative transmogrification. Done well, the power of such works as Antony Beever tells us, ‘can be immense in shaping consciousness of the past’.

Victoria Princewill’s debut is a compelling example of historical fiction at its finest, for she has given us a book in which unpalatable humanistic truths and disquieting historical details undergird a truly enrapturing story. More, she decants her ‘forgotten’ narrative with compassionate sensitivity, emotive force and exquisite aplomb. In meeting the novels protagonists, we vicariously experience not just their iniquitous epoch, but their oppressed, courageous and gloriously dignified souls.

The book’s pages turn as effortlessly as a river flowing to the sea, the reader carried along unconscious of the creative currents set in flow by our dextrous author. Princewill’s novel is a deeply moving celebration of humanity at it best and a fearless condemnation of it at its enslaving, inhumane worst.

Set in the opulent Persian Royal Court of the Qajar regime at the end of the nineteenth century, the book was inspired by the only existing first-person narrative of Jamila Habashi, an Abyssinian slave in Tehran, Iran. A despotic Shah presides with plenary, patriarchal power over a disenfranchised and disillusioned populace as the seeds of rebellion quietly ferment both within and without the palace walls. Geopolitical machinations and foreign intervention from both the Russians and the British have caused the mighty Shah to ‘bow to the purse’.

As the unimpeachable head of an oligarchy perpetuating totalitarian control over, and ruthless oppression of, those it rules, domestic disquietude is stamped out with brutal pugnacity. Tumult simmers as the aging Shah has another problem, an entirely unsuitable heir.

Torn away from their families thousands of miles away from the Royal Harem, our chief protagonists are Jamila, a concubine and ladies’ maid, and Abimelech, a eunuch in Royal service. Both are slaves. Both are subjugated souls entirely dependent upon their masters and mistresses for survival. Within the salubrious and callously salacious confines of the harem, ‘Every interaction…witnessed in the court was a form of exchange, a transfer or assertion of dominance, of fearful or resigned acquiescence’. Relayed in third-person free indirect and quoted speech, Princewill lets her reader see life through her protagonist’s eyes and in so doing gives her characters not a footnote in history’s records, but palpable existence and more far importantly, the tangible legacy of a voice.

The plot orbits two coterminous, interdependent narratives. We have the quotidian chores of both Jamila and Abimelech, interspersed with brutal injustices meted out upon them in the form of beatings, coercive sexual encounters and the ever-present threat of unmourned death. Spliced through the lives of our chief protagonists are the clandestine machinations of those forces both opposing and seeking to preserve the Shah and his injudicious, self-aggrandizing rule.

Radical heterogenous factions within the palace, like mould in a damp dwelling, are creeping ever more into the fabric of the Qajar harem, hidden in the shadows of repressed revolt. Court advisors and their Myrmidons foster a culture of omniscient oppression, whilst jostling for personal favour and influence. Our tale charts Jamila and Abimelech’s daily response to, and attempts to endure, an already heinous world on the verge of ever more nefarious instability. Princewill conducts us through the twists and turns of her riveting plot with such virtuosity as remains invisible, for this is a tale given form and function not by its author, but by the living force of her characters. 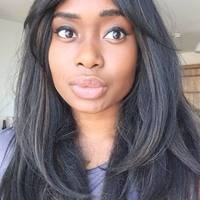 Victoria Princewill
Hilary Mantel said, ‘What really disconcerts commentators, I suspect, is that when they read historical fiction, they feel their own lack of education may be exposed; they panic, because they don’t know which bits are true’. Princewill’s novel requires no knowledge whatsoever of the Persian Empire or the Qajar regime, for it is a deeply humanistic tale intrinsically valuable in and of itself without the need for contextual reference. That said, illuminating one or two facts only serves to advertise Princewill’s command of her subject matter and perhaps lends the novel even greater thematic potency.

We are all familiar to some degree with the horrors of the trans-Atlantic slave trade, but slavery had also sullied mankind’s record before the rise of the Achaemenid Empire and as such was a well-rooted feature of the first Persian Empire. Fast forward to Qajar ruled Iran c. 1796-1925 and we see that both black and white slaves were traded in Iran. The unthinkable violence of Mohamed Khan Qajar and his descendants rested upon a paradigm whereby slavery was not merely an accepted practice but the cultural bedrock of society. Jamila was one of thousands of men and women for whom life depended upon enforced servitude and unquestioning compliance with the sexual pecadilloes of life within a morally septic harem.

According to Herodotus, the Persians, like other Oriental peoples, had a ghastly penchant for eunuchs, with Xenophon dating the practice to the rule of Cyrus the Great who first adopted the practice of castration from the Babylonians or Assyrians. Eunuchs could be trusted and as such often rose to positions of great influence in royal courts, though many endured servitude without the hollow mitigation of privilege. Abimelech, our fictional protagonist, is himself a eunuch who was sold by his aunt to a slave trader in Abyssinia, raped by the Qajar court physician who had castrated him, and then presented to one of the Shah’s sons, the politically naïve but sexually lubricious dilettante Nostrat as his concubine.

A concubine and a eunuch. Two figures least likely to be heard from in the pages of history, and yet two voices most likely to reveal the unforgivably forgotten truths curdling the equivocal narrative of a period in mankind’s past poured over by scholars and largely ignored by everyone else. Tales of Persian Kings may well be diverting sartorial and culturally fascinating amusements illuming an epoch deserved of intellectual scrutiny.

Yet it is in exploring the lives of a courageously rebellious concubine and a stoically inured, but magnificently compassionate eunuch, that Princewell has confronted her reader with a thematic river transporting not academic substructures but truths fundamentally defining the period she has focussed upon. Shockingly, these truths may be historical, but they are sadly contemporaneous if not in actuality, then in their perduring ideological stench.

So, beyond the enchanting joy of a story well told, let’s examine the themes our historically provoked gem explores. We have oppression of both a nation and its people. We have slavery and the ramifications this practice has upon human agency, self-determination, identity and existential meaning. Betrayal, fidelity, adoration and motiveless-malignance coil themselves around the implications of a patriarchal status-quo in which chauvinistic hubris condemns women to servitude, anonymity and invisibility.

Moral turpitude counterpoints intellect as liberational force, stoicism rebuffs radicalism, itself fractured into febrile factions serving self-interested agenda at the expense of conjoined indignation. Duplicity and ritualistic abuse are juxtaposed against the search for personal meaning and independence. We also have political malversation and the wanton abuse of power itself.

This is the tragic story of denied individuality, besmirched dignity and the inalienable right of all humanity to freedom. Personal rights dogmatically crushed under the indefensible weight of a culture unmoored from humane decency. It’s also a story celebrating the unbreakable spirit of those who are most abused and least valued. Princewill does not didactically pontificate…she shows. Her authorial reticence enables her characters to speak for themselves and in so doing, the reader reaches their own conclusions.


Also by Paul Spalding-Mulcock...
'Zugzwang...no Move Without Loss': Lucia's War By Susan Lanigan‘Grief Can Make People See Things In A Very Odd Light’ : Body On The Island By Victoria DowdIt's All Greek To Me !Review: A River Called Time By Courttia NewlandAn Interview with Alice Ash - Author of Paradise Block
For me, Princewill handles the technicalities of effective storytelling with legerdemain. Short chapters encourage voracious reading, as does a meticulously orchestrated plot driving the reader through the book’s pages like a mountainous williwaw. However two elements of this author’s craft deserve special mention. Firstly, her prose is a thing of measured, elegant beauty. Sentences are constructed with loving care, some conveying the story along with gentle sensitivity and others rising to poetical panache. I suspect our author has laboured over every word, calibrating its impact with the precision of a fine painter a brush stroke.

Secondly, characterisation. From the priapic Nostra to the perfidious charm of Sanaa, each participant in our tale is a connivingly rendered person. Jamila, with her ironically self-destructive need to educate herself, and ability to live only when she ‘defied’ the shackles of obedience, is sublimely drawn. However, it is in Abimelech that Princewill’s talent for verisimilitude really excels. With ‘reverence’ and intellectual acuity his salvation, few characters can lay claim to the force of his courage, dignity and spiritual purity. He is something approaching a triumph of artistic endeavour.

So, a book which deals with ugly truths beautifully and leaves its reader provoked, entertained and above all, entirely satiated. Princewill has one of her characters tell us, ‘All humans will be forgotten eventually, even if slaves shall be forgotten first’. Thanks to Princewill, no reader of In The Palace Of Flowers will ever forget Jamila or Abimelech.


In the Palace of Flowers is published by Cassava Republic Press