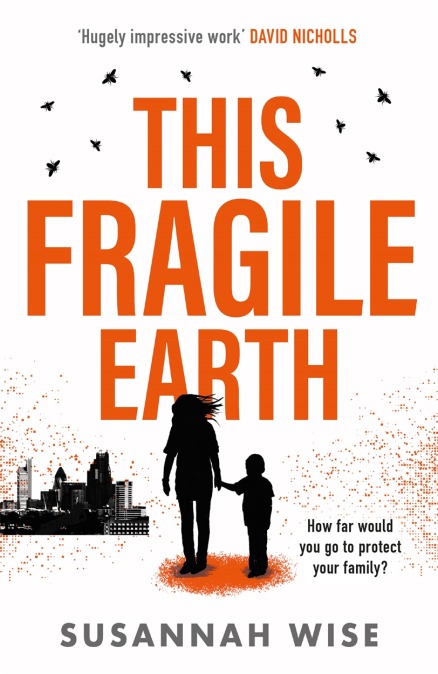 This Fragile Earth is the debut novel of author Susannah Wise. Wise depicts a future not too dissimilar to our present, but one in which our current dependence upon technology has worsened considerably. Neighbourhoods are replete with innovative mod cons, from car-charging ports which line the streets (in anticipation, perhaps, of our current green initiative), to mobile phones, or “GScopes”, capable of projecting holographic images. Doors open via touch-sensitive panels, and even hoverboards are on the horizon, which will be of interest, no doubt, to fans of Back to the Future Part II. Our protagonist, Signy’s, home contains a litany of contraptions, many of which are voice-activated, taking ‘Alexa’ to a whole new level. Even her son Jed prioritises VR experiences over evening meals! Such an attitude recalls E. M. Forster’s The Machine Stops (1909) and, more recently, Jeanne Du Prau’s City of Ember (2003), both of which depict futuristic societies where people have become dependent on technology not only for survival but also for basic-level stimulus.

Yet ironically, in attempting to unite them, we instead see technology driving the people of Fragile Earth apart. Signy and her husband Matthew, from the outset at least, appear distant, tending only to communicate via missed “V-mail” messages. Neighbours are no longer neighbourly. References are made to tableware purchased for dinner parties that have never taken place. In short, people just don’t appear happy or content in this space-age world where every convenience is catered for. Here, Wise suggests, we’re regressing socially as we progress technologically – a sad indictment of our times more generally, bearing in mind that we now spend an average of 5.4 hours daily on our smartphones. In fact, Wise suggests, it is only in times of crisis that we truly pull together.

And such a crisis we observe when “the machine stops” and the augural signs of a large-scale, possibly worldwide technological breakdown are made manifest. Wise paints fantastic scenes of abandoned electric vehicles on motorways (a sight the likes of Jeremy Clarkson would no doubt applaud!), water fountains drying-up in public parks and devices around the home beginning to falter. Soon, even basic utilities cease to function, plunging everyone into cold, dry darkness. In a matter of days, a culture formerly dependent on technology for survival is flung into desperate savagery. As the journalist Alan Wiseman states in his thought experiment of 2007, The World Without Us, “for all our vaunted superior intelligence, we’re not among the hardy survivors”. Indeed, the hunter-gatherer instinct is no more, and the people of Fragile Earth are rapidly reduced to feral scavengers, battling one another for the last sandwich on the shelf, in scenes reminiscent of our own panic-buying at the height of the Covid crisis, and the nonsensical stockpiling of lavatory paper! As Signy reflects, “People are so good at doing what they’re told, aren’t they? What’s that thing about the bigger a collective grows, the more stupid it becomes?” Signy herself is presented as a flawed character, begrudging her pregnant neighbour any of her spare supplies: “Why was she being so horrible? Why wasn’t she sharing?”.

In the wake of the crisis, Signy is forced early on to abandon her home following a personal tragedy. Like so many dystopian protagonists, her plan of action is to rusticate (think Winston and Julia in Orwell’s 1984, John the Savage in Huxley’s Brave New World, and O-90 in Zamyatin’s We). Along with her son, she flees her doomed metropolis in search of salvation. From this moment on, the story morphs into an epic journey for survival as we follow Signy and Jed’s diurnal struggles upon the road, fraught with hardships and setbacks. In this sense, Fragile Earth makes the perfect companion piece for Cormac McCarthy’s The Road, albeit a very English incarnation. In The Road, it is father and son we see negotiating their way through a post-apocalyptic wilderness; in Fragile Earth, it is mother and son. In both novels, the bond between parent and child sustains the momentum. To quote McCarthy, they are “each the other’s world entire”, and when the children in each case develop sicknesses, the stakes are duly raised, and the need for survival rendered paramount. 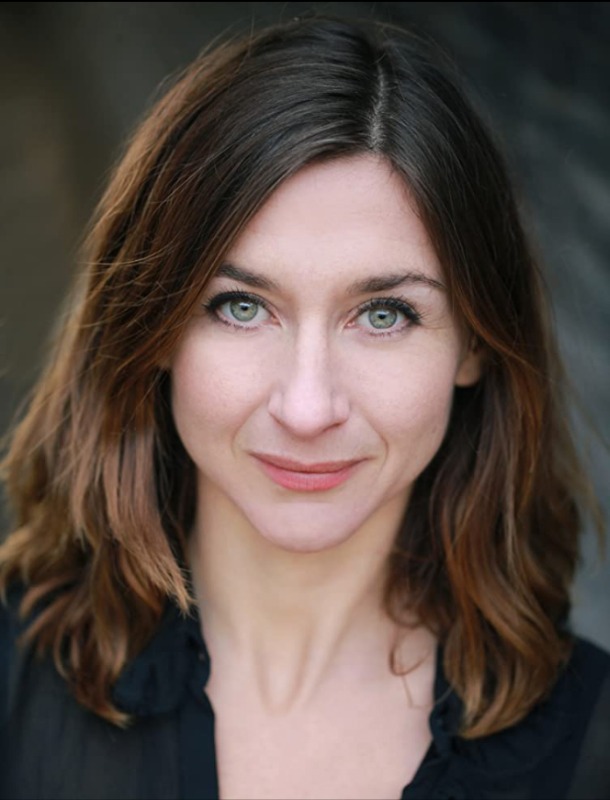 Susannah Wise
Wise flags the dangers of Big Tech in Fragile Earth. In an age where social media giants now have the power to bully democracy and hold countries to ransom (take Facebook’s attempt earlier this year to block news to Australians on its platform over a legislative dispute), Wise portrays a future where governmental functions have largely been subsumed by mega-corporations, such as a northern conglomerate in the UK. A slow creep towards mechanisation is also prevalent, with human workers supplanted by service robots. In schools, too, we see new tech education causing children to develop at an alarmingly fast rate. Jed, for instance, is well beyond his years in terms of IT knowledge, leaving his parents behind, and at age six understands coding, yet in many ways is still a child. Drones, too, are an interesting feature of Wise’s novel, proliferating in odd sky formations and tracking human movements. Interestingly, as the crisis unfolds and other devices power down, the police drones appear unaffected. It is then we suspect that the crisis has in fact been AI-induced, and that the machines have indeed risen, Skynet-style. Drones are becoming a more common and increasingly unsettling presence in our own lives. We’re not quite sure how we feel about them, nor the implications they hold for our privacy and security. Films like Eye in the Sky (2015) examine where they sit morally in our world when used for general policing and warfare. Wise’s drones are particularly terrifying, sporting laser nozzles and turning on people at random.

In many ways, Fragile Earth is an eco-dystopia, with numerous issues facing our present climate painted to their bleak extreme. References are made to people needing to wear special UV lenses, implying that the ozone layer of Wise’s future now has more holes in it than an especially perforated helping of Swiss cheese: “Her eyes smarted against the glaring, clouded day. Everything was dangerous, even daylight”. Plant life is at an all-time low, with public parks planted with artificial roses, discharging fake aromas and blooming sporadically out of season, man’s meddling having upset nature’s rhythm: “In the last five years, the seasons had changed as quick as the wind”. It is a world with noticeably fewer trees, most of which are denuded of foliage. Wildlife is steadily perishing as well, with only two golden eagles left in the world, putting one in mind of Philip K. Dick’s Do Androids Dream of Electric Sheep, which opens with descriptions of birds dropping out of the sky in the aftermath of an atomic war: “At the time it had seemed almost funny, the fat, fluffy white birds lying here and there, in yards and on streets”. Similarly, bees are endangered – a clear and present danger for us now, a 50% decline in honeybee hives having been recorded since the 1980s. In Fragile Earth, to see one or two is a miracle, the majority having been replaced by “pollen-drones”. The food chain has been corrupted too: “Who really knew what was or wasn’t safe to eat anymore?” Many foodstuffs are synthetic or, worse still, saturated with chemicals. Furthermore, attempts to treat this have proven counterproductive, resulting in beetle-blight and a new plague - “Bovine Staph” - which in itself is fatefully timed, aping our own Covid-19 as we continue to live out or own pandemic nightmare. In short, Fragile Earth presents a populace steadily running its planet into the ground, man having turned the natural world over to his convenience. Signy even suffers from a form of tinnitus, attributable to the unnatural technological hum of her city. But Wise’s pro-environmental messages are delivered subtly – in other words, not all-out Thunberg! Wise doesn’t suggest that we’re going to be immolated tomorrow in a tide of fire if we fail to deposit that empty tin can in the correct receptacle!


Also by James Goodall...
“Love All, Trust A Few, Do Wrong To None”: Leave The World Behind By Rumaan AlamQ & A With Susannah Wise, Author Of This Fragile EarthA Greater Obedience To Authority: From Richard Condon To Stanley Milgram'Numbers Rule The Universe': Q By Christina DalcherAn Interview With Heather Child: Author Of Everything About You And The Undoing Of Arlo Knott
Whereas Fragile Earth depicts apocalypse in its nascent form, The Road describes a post-post-apocalypse, where it is very much “the End” in absolutum, with those who remain literally turning and eating one another. Even by my standards as a fan of post-apocalyptic fiction, The Road is an unremittingly bleak read, imbued with a sense of interminable greyness. Each page feels like a heavy piece of slate as you turn it slowly, painfully. There is no saving miracle, no deus ex machina. Conversely, Fragile Earth offers a modicum of hope, which is a blessing, for as Sophocles noted of Antigone, “With no hope, even to start is wrong”. The closing chapters (spoilers omitted) are rich with biblical subtext where Signy envisions a return to Eden and a restoration of the earth. Her vision gives us hope. With humanity displaced we are assured that nature will reclaim the fold, restoring the natural world to its original condition, prior to the ravages of man. Or, in Alan Wiseman’s words, Mother Earth will “heav[e] a huge biological sigh of relief” and “[g]radually the asphalt jungle will give way to a real one”.


This Fragile Earth is published by Gollancz.