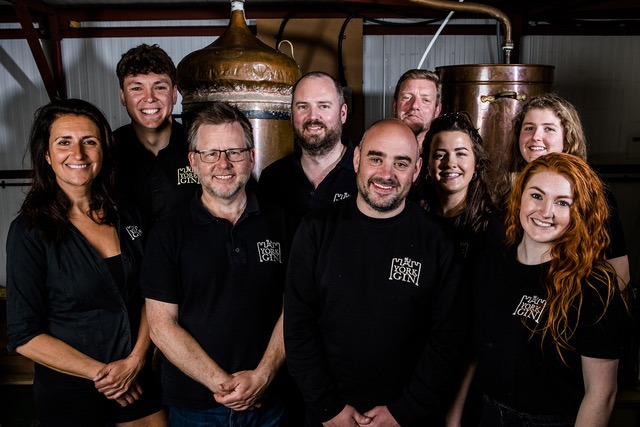 The distillery also won a gold medal for its Chocolate & Orange gin at the New York International Spirits Competition 2021.

The competition received over 1,400 entries from 39 countries. It is respected around the world because all its judges work in the spirits trade full time, so they have a clear understanding of what customers want.

Master distiller Harry Cooke said: ‘We’re delighted to be carrying the flag for Yorkshire gin on the world stage.

‘Four out of our six gins have now won gold at major international competitions - we really do make some of the world’s best gins!’

Gold-winning York Gin Chocolate & Orange is inspired by the Terry’s Chocolate Orange, invented in York in 1932 and made in the city for decades. Launched for last Christmas, it immediately became a bestseller with the Sunday Telegraph calling it ‘exquisite’. This is its first ever medal.

The York Gin distillery has run on sustainable principles since it was established just three years ago. It uses 100% green energy from renewable sources, all its bottles and packaging are plastic free, it recycles all its glass, paper and recyclable plastic. And the company drives emission-free electric vehicles. It is on the cusp of a major environmental announcement in the next two weeks.

York Gin - the only distillery in the ancient city - has won a string of medals since launching in March 2018.