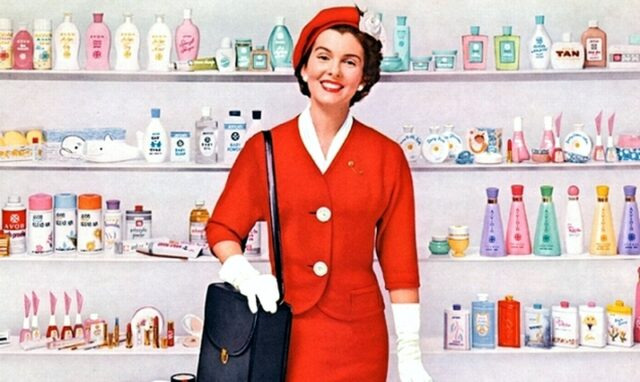 When the police came, I was just putting out our dinner. We were having roast lamb, with roast potatoes, peas, carrots, and gravy, and I’d stewed some plums for afterwards. It all smelled good, and I’d every confidence it would taste good, too.

There were two police officers, a man and a woman, and they were most apologetic.

“We’re sorry to disturb you,” the man said, “but we’re pursuing some enquiries.”

“Do you mind coming in?” I said. “I’m just in the middle of something, and my husband’s in the bathroom.”

They stepped inside, and followed me into the kitchen. I’m very proud of my new kitchen. It was installed a couple of months ago, and is very tasteful in grey and white. I even had granite worktops put in. It’s quite a big room, as kitchens go; but then, this house was built in the 1830s, and all the rooms are a good size. I could see the woman officer taking it all in, and could tell she was impressed – probably jealous. The man was more interested in the food, but that’s men for you. I carried on with putting out the gravy. When it’s just the two of us I don’t bother with tureens, just put the food straight onto the plates.

“Something smells delicious,” the man said. He was about forty-five, my age, with a pleasant round face. The woman was younger, about thirty, with a hard look about her. I’ll have to watch that one, I thought.

“Do you know a woman called Iris Peacock?”

I gave it a few seconds thought, then “I think so,” I said.

“What do you mean, you think so?” the woman said. I had definitely got her back up. The man gave her a warning look.

“Well, my Avon lady is Iris, but I don’t know her surname. She just writes her first name on the order forms.”

“Could you tell us when you last saw her?”

I hesitated, then, as though I’d had to rack my brains, said, “I can’t be sure, but about a couple of weeks ago. Oh, darling, there are two police officers here, asking about my Avon lady.”

You’ll have gathered my husband had just entered the room. He stood just inside the door, as if rooted to the spot.

Stuart cleared his throat. “What about her?” he asked hoarsely.

By this time our dinner was out, and it would just get cold if it was left just standing around. I busied myself covering the plates, but watched my husband’s face from the corner of my eye. I wanted to see his reactions.

The woman officer replied. “I’m sorry to say Ms. Peacock has been found dead, and there are some suspicious circumstances. We’re interviewing everyone from her client list.”

Stuart had gone quite white, and was shaking. “Are you all right, Sir?” the policeman asked. He looked at his colleague and raised one eyebrow questioningly, then looked back at Stuart. “Do YOU know Iris Peacock?”

Stuart cleared his throat again. “Sorry,” he said, “How dreadful. What happened?”

He was somehow regaining his self-control, but I thought the damage had been done.

“I asked if you knew Ms Peacock.”

“Can I ask where you were this afternoon, between approximately one and five?”

I knew where he was. He drove to somewhere quiet for an hour most afternoons, and had a siesta in his car.

Whilst the man had been asking questions, the woman had turned away, and was speaking very quietly into her phone.

The policeman said, “Thank you, Sir. Please check where you were. We may need to speak to you again. Sorry to have interrupted you, Madam.”

I went with them to the door. When I came back, Stuart was standing where I’d left him, rigid, his hands gripping the back of a chair.

“We’d better get on with the dinner, before it gets cold,” I said.

I’d been suspicious for some time, what with the evenings spent working, nights out with ‘the boys’, the Chess club ; and then I found a receipt in his pocket for dinner, bed, and breakfast at a posh and expensive hotel in Chipping Camden, with a date when he was supposed to be playing in a chess tournament in Croydon. What made it worse was that it was the hotel he and I had spent the first night of our honeymoon. So I started to follow him. I didn’t even tell my best friend Glenda about it. I was too ashamed – and too angry.


Also by Kaye McGann...
Welcome To Your Local Pub!The Morning AfterMy Friend RosemaryNo Fool Like A Young FoolFriday Night Is Amami Night
It didn’t take me long to twig who the bitch was who’d got her claws into him. He works as a sales executive, quite high-powered, and much of his time is his own, as long as the orders keep coming in. I don’t think men have as good a sense of smell as women. Certainly Stuart hasn’t, or he’d have realised his clothes carried the scent of some perfume. I couldn’t place it at first, and then one day when I was thumbing through the latest Avon brochure, there was a page, with a patch you could rub to smell one of their fragrances. I rubbed my finger on it, and realised immediately it was the same scent Stuart came home with.

I’m a brunette, so when I found a long blonde hair on his underwear, it just confirmed my suspicions. I alternated between being heart-broken and being furious. Furious won. No-one could treat me like that.

That’s when I started to follow him. Of course, he thought he was so clever. It didn’t occur to him that I knew, and I certainly made sure I didn’t give any indication. Otherwise my plan might not have worked.

It didn’t take me long to find where Iris Peacock lived. He hadn’t aimed very high. We live in a large expensive elegant house in a good area. She lives in a two-up two-down, located down an alleyway in a poorer part of town. The only thing to be said for it from my point of view was there were no near neighbours, She’d told me she was divorced when she’d first called round, touting for trade. I’d said I’d give it a go, and then found I really liked their products, so had kept on with them. Stuart had encountered her when she’d been delivering my order. I kept thinking, how dare he treat me like this? How dare she?

I don’t know how long it had been going on before I found he had a key to her house. I saw him with my own eyes go down the alley, and when I peeped round the corner he was letting himself in. I had a moment of revulsion, wondering if he’d had her in my house when I was out – in my own bed even. I determined to put a stop to it – and indeed to them.

Here’s what I did.

I went shopping. I bought the ingredients for this evening’s meal. I put most of it in the car boot, and just carried one bag as I slipped down the alleyway to Iris Peacock’s hovel. Actually, to be fair, it looked quite spruce, with its newly painted door and hanging basket of flowers.

It must have been a shock for Madam Peacock to see me on her doorstep, her lover’s wife. She may have thought I’d found out, and was going to confront her. I put on my open friendly smile.

“Oh, hello, Iris,” I said. “I hope it’s all right to call round with an addition to my last order. Do you mind if I just come inside for a minute?”

She looked flustered, and had gone a bit pink. So what? I had no compunction about what was going to happen to her – and if her conscience had started to trouble her, it was too little, too late.

“I’m expecting my sister round in a while,” she said, “but I’ve got a bit of time. Please, step inside.”

I went into her pokey living room. She said, ”I’ll just get my order pad from the other room,” and walked into her horrible old-fashioned kitchen. I followed her.

“Do you think I could have a glass of water, please?” I said.

She got a glass from a cupboard, and turned to the sink.

I took the frozen leg of New Zealand lamb from the bag I’d brought with me. I could feel the cold through my leather gloves.

She was turning on the tap when I hit her with the meat, as hard as I could. She went down like a felled tree, and I hit her again and again and again, until I was quite sure she was dead. Ding dong.

His DNA would be all over her house. I could see her phone on one of the cabinets. It would be full of calls from him, as his was from her. I know, because I’d looked.

I went back down the alley to the supermarket car park, put the bag of lamb in with my other shopping, and drove home. I put the meat in the microwave on defrost, and when it was done I put it in the oven and slow-roasted it for our meal.

I expect it was her sister who’d found her, and I was glad it was so soon. I wouldn’t have to pretend for so long that everything was all right.

The lamb was cooked to perfection, though I say it myself.

After the visit by the police, and I’d seen they’d noted Stuart’s reaction, I knew it wouldn’t be long before they, or more likely their superiors, would be back.

Stuart said he’d lost his appetite, but I insisted he eat some of the meat, at any rate.

“You need to keep your strength up,” I said, “and I did do it specially for you.”