3 Stars
Track Listing
'Planet emoji'; 'Higher Power'; 'Humankind'; 'star emoji'; 'Let Somebody Go'; 'heart emoji'; 'People Of The Pride'; 'Biutyful'; 'earth emoji'; 'My Universe'; 'infinity emoji'; 'Coloratura'
Coldplay return with their ninth album, which appears to be loosely based around the solar system, with quite a few references to saving our planet.

Some of the tracks are linked together with snippets of music that would not sound out of place whilst in a queue at Disneyland, waiting to board one of those space age rides.

Producer and writer Max Martin has been drafted in to give many of the tracks a pop sheen. Martin wrote and produced songs for Britney Spears, Backstreet Boys, and, latterly, The Weekend.

If you can put up with some of the musical segments that link the songs together, you will discover some fine pop songs.

'Higher Power' was released as a single in the spring. The track sounds like it was written with stadia in mind, whilst the next track that follows ('Humankind') is destined to be released as a single, such is the commercial appeal of the song. Rattling along like an old U2 song, singer Chris Martin sings "from another planet, still they call us humankind", keeping the planetary theme going.

'Let Somebody Go', a duet with Selena Gomez, sounds like one of those ballads Bryan Adams used to do. 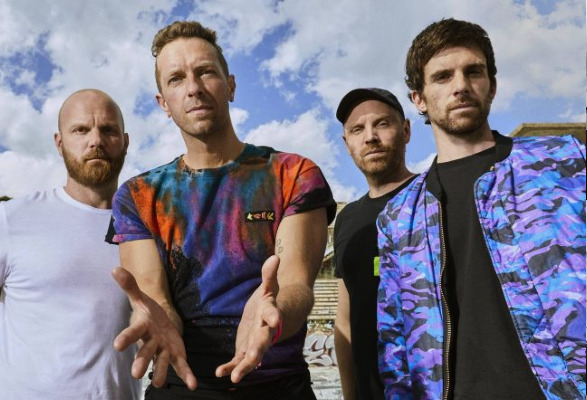 The band decide to infuse a spot of glam rock on 'People of the Pride'. The track is built around a storming beat and a huge guitar riff that T. Rex used to do.

If you want a strong melody then you will find it on 'Biutyful', which takes Coldplay out of their comfort zone.

Recognising that rock music is not what it was, who would have thought that Coldplay would record a song with K-pop band BTS? 'My Universe' has given the band their first American number one single in years. At times you might think you are listening to a One Direction track.

The album ends with a slightly drab ten minute song: 'Coloratura' – probably the name of a made-up planet. Coldplay have always introduced colour into their live shows, so the name is well inspired.

Back on Planet Earth, Coldplay are set to have worldwide success again with this album.
Also by Graham Clark...
Interview With FiveGary Barlow Relights The Fire In SheffieldThe Offspring Let The Good Times Roll In LeedsJames - Still Getting Away With It At Leeds ArenaSam Fender – On Fire In Leeds