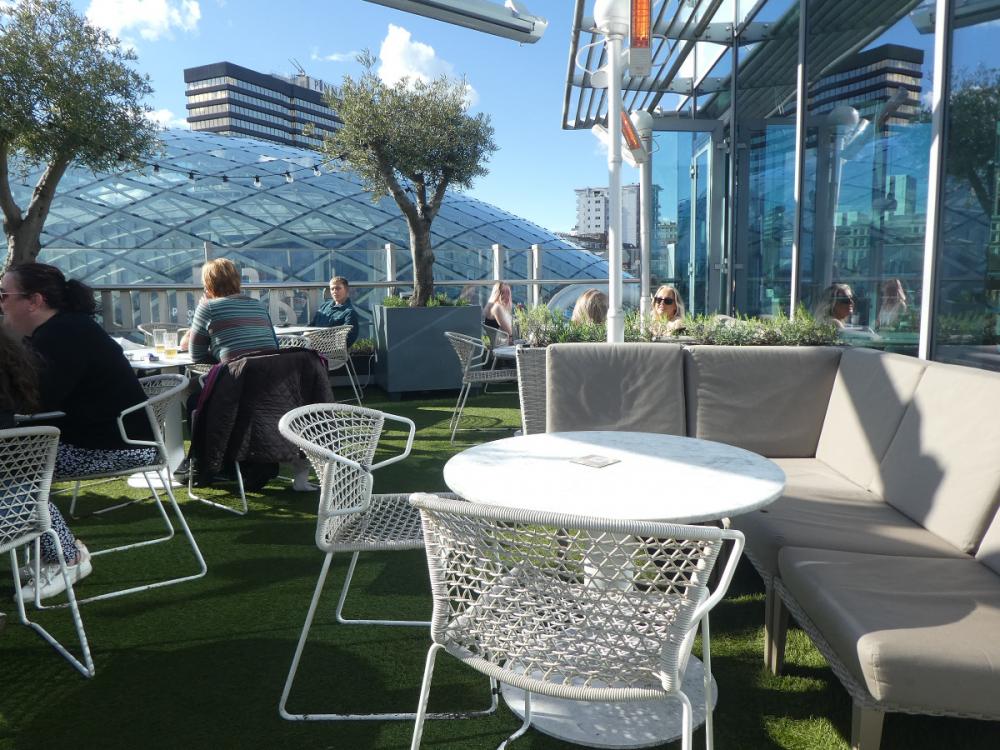 Angelica, rooftop terrace
Cast your mind back to last May and you will remember that we basked in unbroken sunshine for nearly the whole month.

What a difference a year makes, the jet stream decides to take a detour south from its usual route with the result being that the weather feels more like late October than May.

Fortunately in a rare moment of luck, the sun decides to shine on our visit to Angelica in Leeds, which is just as well as the rooftop terrace is in a sun trap. There is also a restaurant indoors which is more than likely to be deserted when the weather outside is fine.

Ascending two lifts from Leeds' Trinity Centre transports you to another world; it's hard to believe that you are still in the centre of Leeds.

Looking around during our mid week visit most people seem to be there for early evening drinks and the atmosphere is very laid back. The playlist seems to a mix of old and new though, perhaps, some soulful House music might have fitted the bill more than some of the tracks I was hearing. 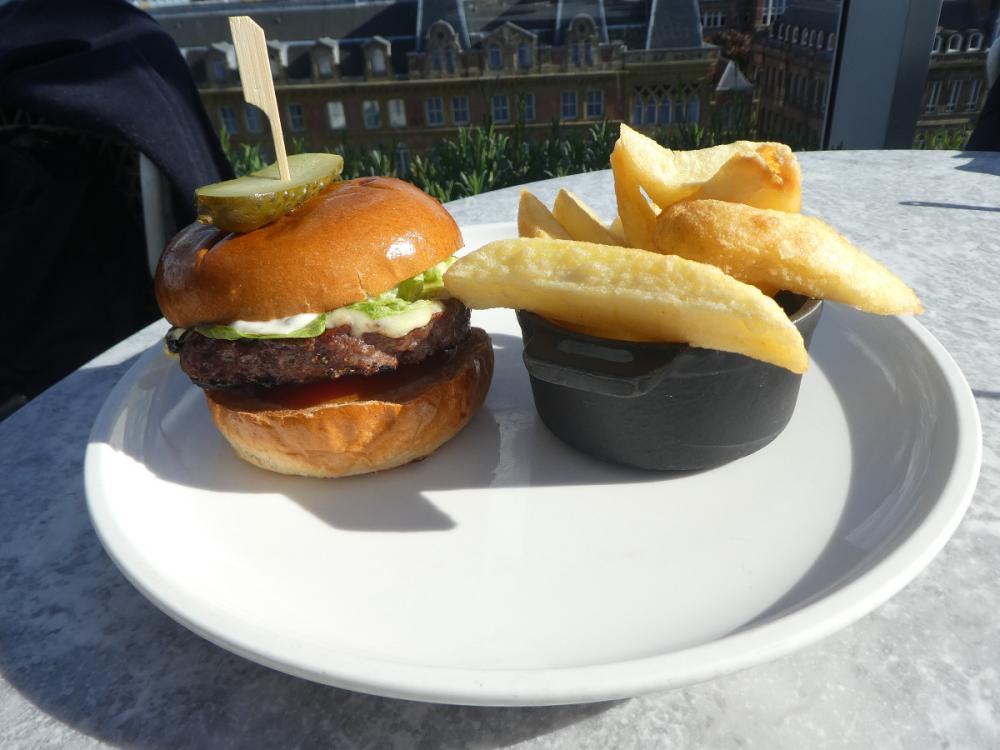 Beef burger
The Angelica beef burger, which is a proper beefy one, comes with truffle mayonnaise, aged cheddar, baby gem and tomato in a toasted brioche bun. If you want bacon added that will cost you a £3.50 supplement, and you don’t get that much on your plate - quality not quantity being the point here.

The desserts stretch to 5 options. I tried the Strawberry and Vanilla tart. The pastry was as good as any tart I have eaten in France; light and crisp with that slightly buttery taste.


Strawberry and vanilla tart
My sister decided on the Sticky Toffee Pudding served with vanilla ice cream, which was very sugary but delicious.

My observations seem to suggest that, depending on who served you, the service went from excellent to poor. We had no complaints but I did witness a few other guests having to chase up their order.


Sticky toffee pudding
Really though the rooftop terrace itself is the main attraction. On a sunny day you would be hard to find a better al fresco option in the centre of Leeds.


Also by Graham Clark...
James - All The Colours Of YouAndrea Bocelli Is Coming To Liverpool And SheffieldCourteeners Have Announced A Massive Hometown ShowTony Hadley Celebrates Over 40 Years In Music With Huge TourGladys Knight Returns To The UK In 2022