Bring Me The Horizon Are Coming To Hull 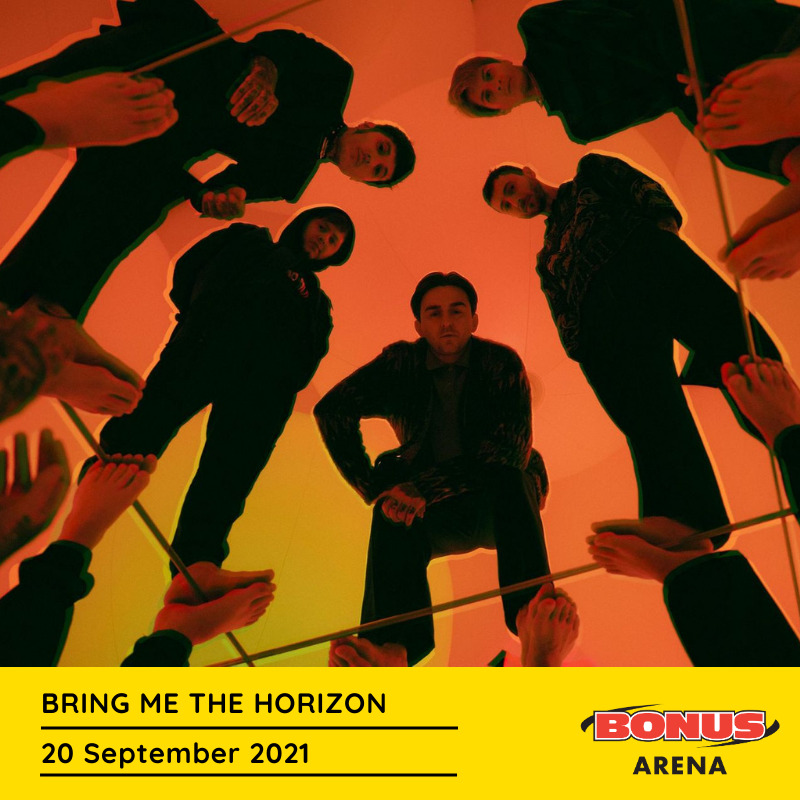 BRIT and Grammy-nominated, multi-platinum-selling quintet Bring Me The Horizon is one of the most electrifying and successful rock bands to emerge from the UK.

The Sheffield group released their sixth studio album, ​amo, ​in 2019, which debuted at Number 1 in 17 countries and was named “one of the most anticipated albums of 2019” by Billboard, with NME describing it as “bold, brilliant and boundary-pushing.” ​amo ​garnered the band their second Grammy nomination for ‘Best Rock Album’ after the LP’s first single, 'MANTRA' earned them a nod for ‘Best Rock Song’ in 2018. The Sheffield 5-piece also received their first BRIT Award nomination for Best Group last year.


Also by Graham Clark...
Askern Music Festival Returns To Doncaster This SummerScarborough Spa Gets Set To Re-open This SpringLettuce All Be Happy As The Green Room Is Set To Open In Leeds This SummerNOW - Decades Of Love (Sony Music/Universal Music On Demand)A New Record Label Launches In Todmorden Hoping For Golden Success
Bring Me The Horizon has sold over 4 million albums globally to date, played sold-out shows in over 40 countries, including two sold out nights at London’s O2, one night at The Forum in Los Angeles, and wowed a traditionally non-rock crowd at Glastonbury Festival in 2016 and 2018, and stole the show at high profile festivals across Europe all summer 2019. ​

The band released new EP ‘​POST HUMAN: SURVIVAL HORROR’ last year. The first two tracks from the EP ‘Parasite Eve’ and the recent colossus ‘Obey’ featuring fellow Brit YUNGBLUD, have received critical acclaim and amassed over 115 Million audio and video streams combined to date. Other guests on the EP include BABYMETAL, Nova Twins and Amy Lee from Evanescence. They have now also amassed over 1 billion video views on YouTube.

Tickets go on general sale on Monday, 1 February at 12 noon via https://www.bonusarenahull.com/whats-on/bring-me-the-horizon/
Please note tickets, including accessible, are only available online at present.