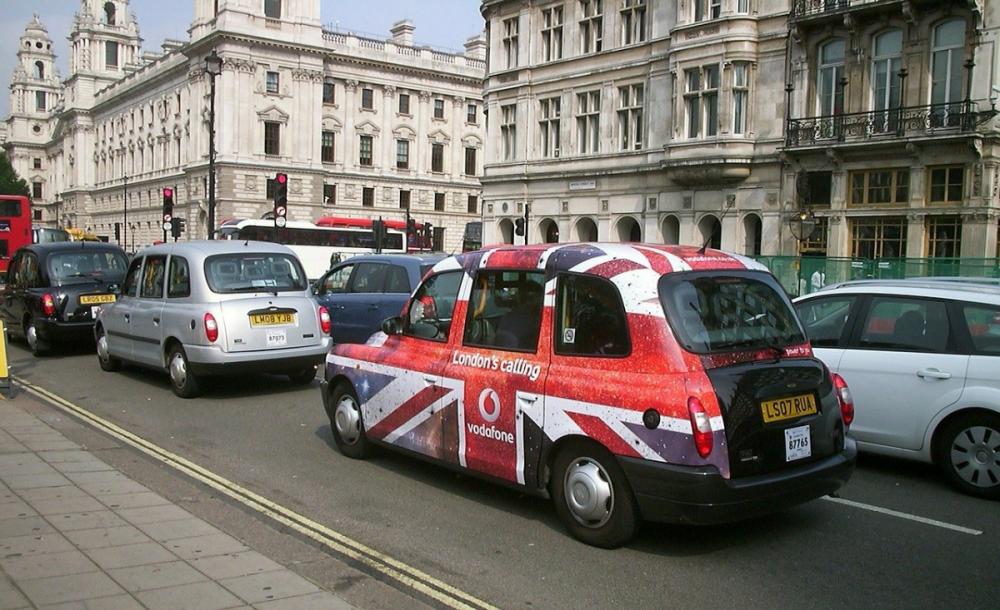 Royalty-free image, courtesy of Pixabay
Ahead of the Platinum Jubilee celebrations next month, the car lease people at LeaseCar.uk have been exploring the most popular colours of cars in the UK, taking a snapshot of trends since Queen Elizabeth II came to the throne in the 1950s onwards - with some fascinating results.

"Any customer can have a car painted any colour that he wants, so long as it is black,” said Henry Ford
So whether you drive a black car, have a passion for pink or love mellow yellow, this study will explain some popular changing trends over several decades - and what might be to come.

"Any customer can have a car painted any colour that he wants, so long as it is black,” so said Ford Motor Company founder Henry Ford - but to what extent does that hold true today?


A spokesman for LeaseCar.uk said:
“Not only do vehicles come in all shapes and sizes, they also come in many different colours and sometimes more than one.

“It is interesting to take a trip through time to the 1950s and find out what was popular through the decades and how things have changed right up to the modern day.

“It’s fascinating as some colours such as brown were once held in high regard and have never really recovered their appeal, while red is another car which led the popularity stakes at one time but has currently lost its crown.”

Henry Ford made his famous quote in 1909 about only having black available for the Model T vehicle as he wanted to boost the efficiency of the production line, but since the 1950s, and the Queen’s Coronation in 1953, there has been an explosion of colours for motorists to choose from.

Here are some of the changing trends LeaseCar.uk has found:

1950s - pale green: during this decade crisp, clear pastel colours were favoured and pale green was a top choice for drivers. Mid-tone colours such as salmon and turquoise were also popular while pink is synonymous with Hollywood films of the period such as the Pink Cadillac.

1960s: beige: Greys and beiges were popular colours across Europe in the 1960s. Other colours in fashion included light yellow, blue and green with metallic gold emerging as a sought-after choice during the middle of the decade.

1970s: brown: ‘Earth-toned’ colours were in fashion during the Seventies with the likes of burnt orange, ochre yellow and apple green. But the most common colour of choice among consumers was said to be brown with many hazel and mud coloured paint offerings on the market. Brown has tried to make numerous comebacks and failed in more recent years.

1980s: black: More traditional colours were sought by motorists in this period with black and bright red among the most popular in this period.

1990s: red: Red topped the charts for a time as the Society of Motor Manufacturers and Traders (SMMT) charted the number of sales by car colour. For example, in 1997, there were 6,733,640 red cars sold, beating blue into second place with 6,284,838. There is special mention for green here in fourth place behind white, as with 2.2m sales nationwide, green was considered popular due to ‘greater natural interest.”

Today: grey: Last year, grey topped the charts according to SMMT, with 397,197 cars of that colour sold, despite the pandemic. It meant 24.3 percent of the market share for new cars were grey. Black was relegated to second place, with white in third place.

The future: yellow?: Also in 2020, according to SMMT figures, yellow increased its market share by 50 per cent with almost 7,000 vehicles sold, with orange and green also increasing their market share. Could yellow continue on this positive upward trajectory, do the unthinkable and take top spot in ten years’ time?! Only time will tell!
More in this series...
Music At The JubileePlatinum Jubilee: Celebrate With The Queen’s Favourite FragranceQueen’s Property Portfolio Worth £3.7bnHappy And Glorious!The Queen And Her CarsRoyal Family's Favourite Games To Play During The Jubilee CelebrationsPlatinum Jubilee Coronation ChickenThe Queen's Dogs Over The Years3 Patriotic Cocktails To Celebrate The Platinum JubileePlatinum Jubilee Celebrations Around The WorldThe Jubilee WeekendRoyals On Rails At The National Railway MuseumVisit The World's Smallest Jubilee PartyQueen's Jubilee: How To Celebrate 70 Years SustainablyCan You Spot The Crown In This Jubilee-Themed Brainteaser?6p Pints Up For Grabs At Greene King Local Pubs8 Cake Portraits Of The Queen To Celebrate The Platinum JubileeIt's Jubilee Weekend Next Week Let's Raise A Glass Of FizzThe Union Jack Jubilee Brainteaser That 65% Of People Are Giving Up OnInsuring Your Jubilee Street Party