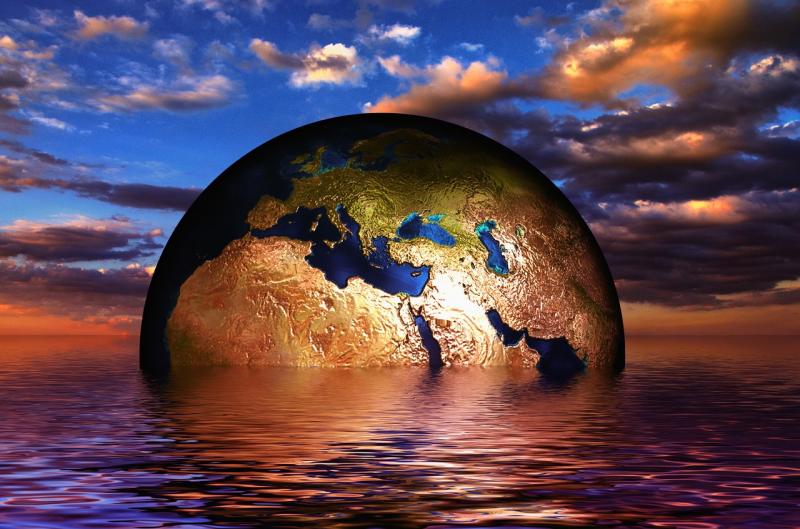 With less than five months to go before the 2020 primary elections begin, setting off the process which will decide the next president of the United States, the key issues which are likely to shape the race are beginning to emerge.

A CBS News poll released earlier in September found healthcare to be the highest concern amongst Democratic voters, with 82% describing it as a very important factor. Gun policy, the economy and jobs, and immigration all joined it in the top five most important issues for Democrats, coming in at third, fourth and fifth place respectively. The topic which snatched the secondary ranking, however, was climate change, registering at 72%.

This was in stark contrast to the importance placed upon it by Republican voters, just 20% of whom considered it a very important issue this election season. A considerable margin could also be found between the Democrats’ response and that of Independent voters, 39% of whom rated it in the same way.

Given the results of this poll, and a number which came before it, the Democratic Party’s consideration of the issue so far is perhaps surprising. Little time has been devoted to the climate crisis in recent televised debates between the candidates vying for the Democratic nomination, with the most recent debate’s only question on it coming over two hours in.

Over the past months calls for the Democratic National Committee, the Democratic Party’s formal body, to sanction a candidate debate dedicated entirely to the climate crisis had been growing from numerous high-profile environmental advocacy groups including Greenpeace, Friends of the Earth and the Sunrise Movement.

In August, however, the DNC rejected a resolution proposing that one of the twelve debates it holds in the run-up to the election focus solely on this issue on the grounds that it would be akin to “putting [their] thumb on the scale.” Instead, the DNC has argued that two independent climate “forums”, hosted by CNN and MSNBC respectively would suffice, despite their specific format meaning that candidates appear individually, rather than engaging in discussion on the issue and the best way to tackle it with their opponents.


Also by Molly Killeen...
Impeachment: Against The Wall And Nowhere To Go?Methane Controls Become Latest Environmental Protection Axed By US‘Summer Uprising’ By Extinction RebellionLeeds Will Be Like Melbourne By 2050!Bradford And Leeds In Climate Coalition
The DNC’s treatment of the climate crisis as an issue on par with any other seems at odds with what might be the expected positioning of an issue described by one of the party’s own candidates, Senator Cory Booker, as “the greatest existential threat of our lifetime”. Climate change, he wrote, “must be the lens through which we create policy-everything we do now has to be about meeting this crisis” and most other Democratic candidates had spoken of it with comparable shades of urgency.

Booker was just one of ten candidates who took to the stage back-to-back in a seven-hour-long CNN town hall on climate change earlier in September, during which each took questions from moderators and audience members, in attempts to lay out their climate plans.

The bar has largely been set by Washington State Governor Jay Inslee who entered the race earlier this year with a campaign centred on climate change and environmental issues. Before suspending his bid for the presidency in August, Inslee released a six-point plan which tied all other areas, from foreign to agricultural policy, to the climate crisis, arguing in the second Democratic debate that “climate change is not a singular issue, it is all the issues…It is health. It is national security. It is our economy.”

An endorsement from Gov. Inslee has proved a desirable goal for many of the candidates left in the race and, since dropping out, he has met with a number of them, including Beto O’Rourke, Senators Elizabeth Warren, Amy Klobuchar and Bernie Sanders and former Vice President Joe Biden. In fact, some have gone as far as to adopt various components of the six planks in Inslee’s platform as they release their own climate action plans, with Senator Warren saying “While his presidential campaign may be over, his ideas should remain at the centre of the agenda.”

This year’s democratic field is certainly not united in their approach to the climate crisis, however. Whilst some of the markedly more moderate candidates when it comes to environmental issues, such as former Colorado Governor John Hickenlooper and former Congressman John Delaney, have since dropped out of the race, those left are still split over how far they, as president, would go to address the issue, and what they consider the best approach to be.

Both Hickenlooper and Delaney, whilst acknowledging the importance of tackling climate change, rejected the ‘Green New Deal’, progressive legislation co-sponsored by freshman Representative Alexandria Ocasio-Cortez and Massachusetts Senator Ed Markey which aimed to take drastic steps to cut carbon emissions in a way which would boost the economy whilst paying attention to groups likely to be disproportionately affected by the kind of economic transition this would require.

Of the ten candidates currently polling highest, and therefore those who have been included in the most recent debates, all have either expressed their support for, or, if in Congress, signed on as sponsors of, the Green New Deal. Divisions over policy exist nonetheless. In the June release of her climate plan, Senator Warren pledged $3 trillion spending over ten years to address the climate crisis and outlined a plan to finance the elimination of emissions and greater investment in “green manufacturing” by reversing the tax cuts for wealthy individuals and corporations enacted by the Trump administration.

Senator Sanders, whose plan is largely centred on the Green New Deal, has promised the greatest spending, pledging $16.3 trillion over fifteen years, comparatively little, he argues, in relation to the $34.5 trillion in economic productivity which the US risks losing by the end of the century if environmental threats are not responded to urgently. He proposes funding much of the plan by making the fossil fuel industry pay for the pollution it produces and, similar to a promise made by former prosecutor Senator Kamala Harris, suggests taking polluters to court in order to hold them accountable for the environmental damage they cause.

Some candidates, however, including current frontrunner Joe Biden, have been criticized for not venturing far enough in their approaches. Biden, whose plan is financially much less substantial than other candidates’, pledging just $400 billion over ten years for research and development into new, greener methods and technologies, has stopped short of calling for a federal ban on fracking and has been hesitant to directly call for an end to fossil fuel usage in the US, moves which have drawn ire from activists and his electoral opponents.

Amy Klobuchar, the Minnesota Senator has also hedged on certain climate questions, rejecting the idea of an outright fracking ban and embracing natural gas as a “transitional fuel”, a halfway point between the more damaging use of coal and a more preferable reliance on renewable energy sources. Klobuchar also joins the other top ten candidates in supporting rejoining the Paris Climate Accord, an international agreement abandoned by the Trump administration. Senator Booker, however, has responded to his fellow candidates’ attempts to use this as evidence of their commitment to addressing the climate crisis by saying, “Nobody should get applause for rejoining the Paris climate accord…That is kindergarten.”

Inslee, now seeking a third term as Washington’s Governor and continuing to campaign for action on the climate crisis, has celebrated the fact that environmental issues have taken such a prominent position in the election so far. Despite this, however, he has urged voters to “look closely at Democratic candidates’ plans to separate rhetoric from results on climate change.”