Hats off to both sets of players who made every effort to play open rugby on a wet afternoon. Blaydon did have the upper hand for a good period of the second half especially when Dale had two yellow cards. Strong defence by the Green Machine stopped the line being breached and they held on to a slender lead. When restored to 15 men the home side grew in stature and eventually pulled away to grab the four points.

Early mistakes from Dale gave the visitors possession and territory. A Blaydon try was disallowed for a forward pass and a penalty from the resulting scrum led to a penalty to Wharfedale and the first of Tom Davidson’s monstrous kicks took the ball well into Blaydon territory. If there was a criticism of Davidson’s kicking it was that soaring ambition sometimes took the ball out of play for a scrum back. More promising breaks from Dale’s backs were thwarted and Blaydon scored first, after 22 minutes, when Elliott Beattie trundled over from short range for an unconverted try, from somewhere in the middle of a pile of bodies. Ryan Hamilton answered for Wharfedale running a fine line down the middle. This was after a sustained period of pressure from the pack and included a good decoy run by Tom Davidson. Jack Blakeney-Edwards edged Dale into the lead with the conversion. Nathan Horsfall rounded off the scoring in the first half with a long range drop goal. Wharfedale 7 Blaydon 8 at half-time. 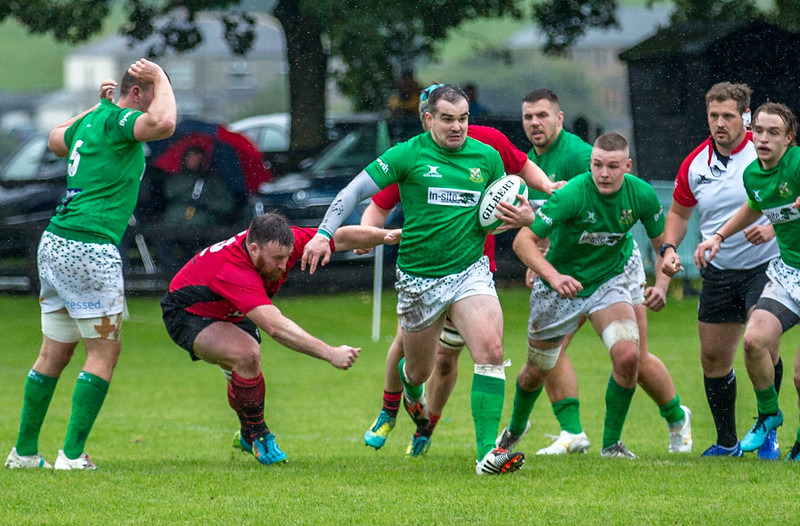 Dale earned a penalty and a yellow card at the start of the second half when a searing break from Ryan Hamilton was followed by Blaydon’s No 10 killing the ball illegally, Blakeney-Edwards added the three points.

Ben Markey was yellow carded on 52 minutes for a no arms tackle and Blaydon set up camp in Dales 22. 4 minutes later Josh Burridge joined him after a series of team technical offences. The resulting penalty was pushed into Dale’s 22 and even after a word from the ref the Blaydon No. 2 still twitched and dummied before delivering the ball to the line out!. With Dale down to 13 it was time for the defence to take over and they withheld wave after wave of attacks. The Green Wall was built and tackle after tackle was put in with bodies on the line Blaydon could not cross the whitewash. Dale gradually pushed Blaydon back to a safer distance before cheekily going down field themselves and coming close to the try line. Tom Davidson’s long range penalty from 46 metres was the only score whilst Dale were down to 13! Dale further extended the lead after a tremendous drive at the scrum. Davidson again converted. 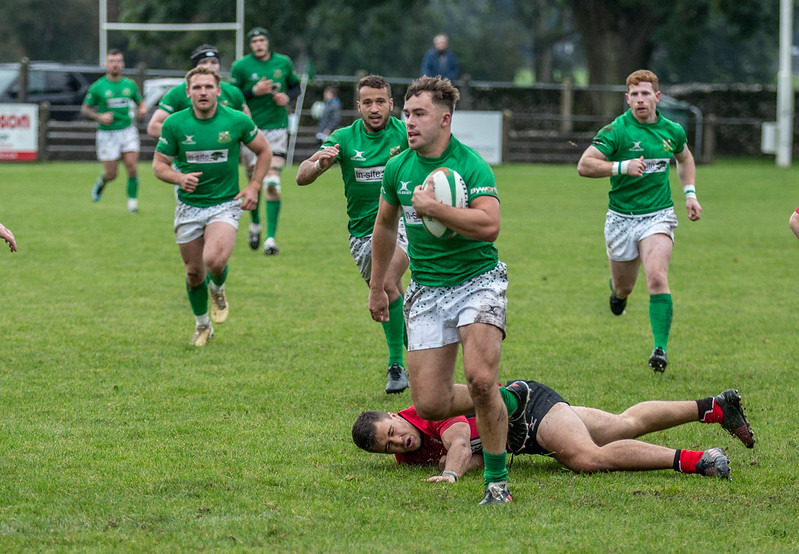 Sam Gaudie dived over the line from an attacking scrum and Davidson added the extras for Dale.

Jonathan Feeley, Wharfedale’s Head Coach, reflected:
“Firstly, it is obviously pleasing to get a first win, but the most important lesson we will take away from the game is learning about how we got there. We overplayed in the first half and gave too many opportunities for Blaydon to attack in our half. In the second we improved and the fact that they failed to register any points was testament to our resolve and determination to defend our line. But we are still a long way from reaching our potential. Players like Jack Pinder, Ben Markey, Jack Thompson, Oscar Canny and Sam Dickinson are only just starting out in senior rugby but what potential they are showing. Also, Joe Metcalfe is stepping up and really impressing us with his attitude and displays on the pitch. Skurrsy's favourite word is character, and he's showing it in abundance right now. The void left by so many senior players is starting to be filled as these younger players grow into the green shirt”

This was a much better performance by the Green Machine. The pack were generally solid although the line out was not at its best. The backs managed to put together fluent moves with maybe the wet ball not helping them at times. 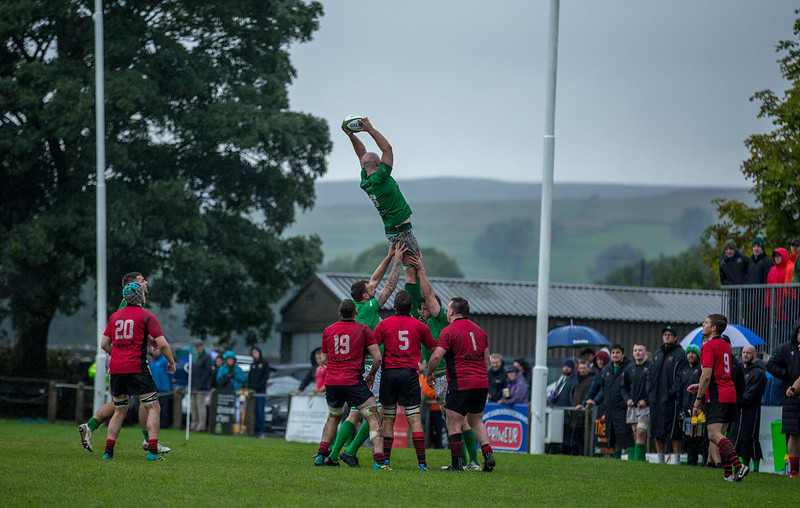 Wharfedale’s Director of Rugby said after the game:
“It was a difficult day to play rugby. We showed a lot of heart, especially in the second half”. Blaydon were “bitterly disappointed not to convert our possession in the 2nd half”.