Nile Rodgers And Chic Give A Piece Of The Good Times 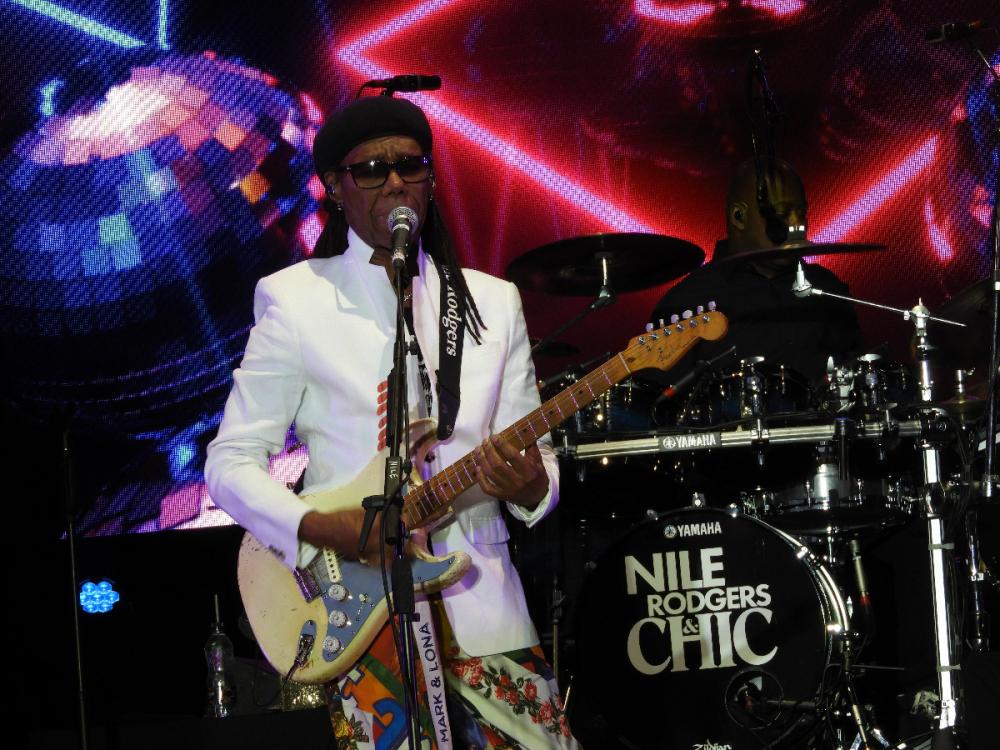 Nile Rodgers
Sometimes an idea can seem so obvious you think why has someone not thought of it before. One such is using The Piece Hall in Halifax for outdoor concerts. With a wide open space ranking alongside some of the most historic outdoor venues in Europe it is rather perfect.

This year's run of Summer concerts is well under way with a series of top performers appearing at the venue.

Rebecca Ferguson might not be a familiar name to you, unless you saw her coming second in the 2010 series of the television programme, The X Factor. The Liverpudlian singer has a strong voice that recalls artists such as Randy Crawford and Aretha Franklin.

Hearing her supporting Nile Rodgers and Chic the question that sprung to my mind was why her first taste of success so short lived? The answer is probably to be found in her songs; apart from Too Good To Lose and Nothing’s Real But Love her other songs were bland and forgettable.

When Ferguson performed her cover of Proud Mary she lit up the Piece Hall as she almost surpassed the version associated with Tina Turner.


Rebecca Ferguson
Bringing a taste of funk, soul and disco Nile Rodgers and Chic brought the party to Halifax. In the late Seventies and early Eighties Rodgers along with Bernard Edwards either wrote or produced songs for artists such as Madonna, Duran Duran and Diana Ross, amongst others, as they created a template that many have tried to replicate but never have reached the same dizzy heights.

“Halifax, we have come to party tonight” he exclaimed as the two hour show got under way. Reading like a list of some of the best disco hits you will ever hear, the Piece Hall was turned into one big disco.

Everybody Dance was the perfect invitation to get the party started as the hits followed one after another. Hearing the stories behind the tracks added a personal touch as Rodgers shared that Madonna won the right to name her successful album Like A Virgin instead of his suggestion of Material Girl.


Kimberly Davis
Singer Kimberly Davis was just as much part of the show as the rest of the band. Her powerful vocals especially on I Want Your Love were deeply touching.

Introducing Get Lucky, Rodgers shared with the fans that he had survived cancer twice and the power and positivity and music now seemed even more relevant.

Dedicating the Sister Sledge hit, Thinking of You to the late Bernard Edwards, Rodgers brought a poignant moment to the night’s proceedings.

Before singing David Bowie’s Let’s Dance, drummer Ralph Rolle read out a list of awards that Rodgers had won over the years as Rodgers reminded him that “don’t forget I’ve also been inducted into the Rock ‘n’ Roll Hall of Fame”

As Good Times closed a night that many present will never forget, and to paraphrase the Sister Sledge hit, the band and the Halifax audience were altogether Lost In Music.

The Good Times do not get better than this.

The tour continues with further dates in the north: