Poem Of The Week: 'A Parable Of Sorts' By Malika Booker

A Parable of Sorts

We danced to rancorous tunes on spiked ground and
our knees sang with each puncture, so that several

agouti colonies, melanic in our russet strengths,
learned as wild rats to scurry or guard ourselves from

gyrated to blowed trumpets and cradled songs, but,
us black rats with our rogue swagger that spoke

of foreign ports, pranced our survival shuffle in
night’s murky dance halls. Each step our single

prayer, each jab our benediction. This tart sermon
containered our septic hurts and lean swaggers. On

the strike of dawn, we skittered from shadows, the
redeemed walking day’s straight-road into warpland. 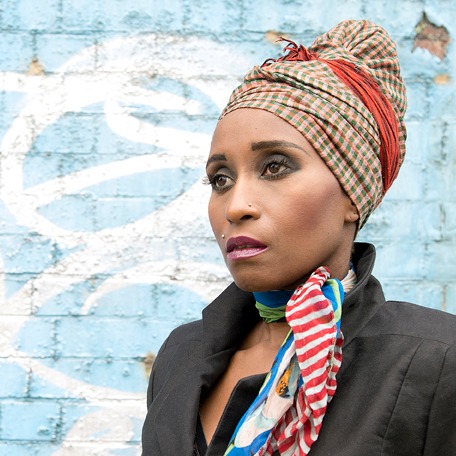 Malika Booker
British Caribbean poet Malika Booker’s magnificent poem of resilience and redemption through defiant collective identification is a paean to inner strength. Surveying the history of prejudice through the dynamic interchange of abuse and resistance, Booker’s sonnet-length verse is both a celebration and a sonorous mantra.

And it is astonishingly condensed, an explosion of calibrated imagery which consumes ignorance and indifference in its deafening blast. The ‘warpland’ in which black and white collide in Steve McQueen’s seminal dramatic reconstruction of racial tension in the early to middle years of post-Windrush immigration, Small Axe, is effective because it speaks directly to the brute reality of black postwar experience.

But here, Booker’s parabolic vision flays the skin from that experience to reveal a subcutaneous counterpoint of organic vulnerability and gradually developing resistance in early 'forcing' grounds. The process of re-armouring – the building of a new carapace – is both literal and figurative. The physical privation of hardship yields an ironic defence mechanism, a means of biological protection, a metaphor, too, for resistance to the barbs of ‘skin-spite’ and casually institutionalized cruelties that continue to characterize idiot preconception.


Also by Steve Whitaker...
The Architecture Of Sky: Two Tongues - Claudine ToutoungiState Of The Union: Rachel To The Rescue By Elinor LipmanPoem Of The Week: 'And Yet' By Jonathan HumblePoem Of The Week: 'The Magi' By W.B. Yeats (1865-1939)Poem Of The Week: 'The Dipper' By Kathleen Jamie
Striking a blow for ‘uz’ as effectively as Tony Harrison on behalf of the working class, Booker’s use of pronouns of identity underwrites a deep affiliation as it declares a claim to consanguinity, and continuity, through natural energy, through dance, and in a ‘swagger’ of self-assurance wrongfully misinterpreted as arrogance.

If we were given to question the ferocity of that identification, we need only remember the figure of British Nigerian immigrant David Oluwale, drowned in the River Aire in Malika Booker’s workplace of Leeds on 4 May, 1969, immediately after being assaulted by two policeman. That neither murder nor manslaughter charges were ever brought against the two gives evidence of a wider culture of prejudice and cover-up.

Booker’s powerful, rhythmical defence of a race and a vibrant culture redresses an iniquitous past, and yields the platform to a half-forgotten ‘black rat’ skittering from the city's shadows.


‘A Parable of Sorts’ is taken from the Poetry Foundation website.