Poem Of The Week: 'The Marriage' By Anne Stevenson 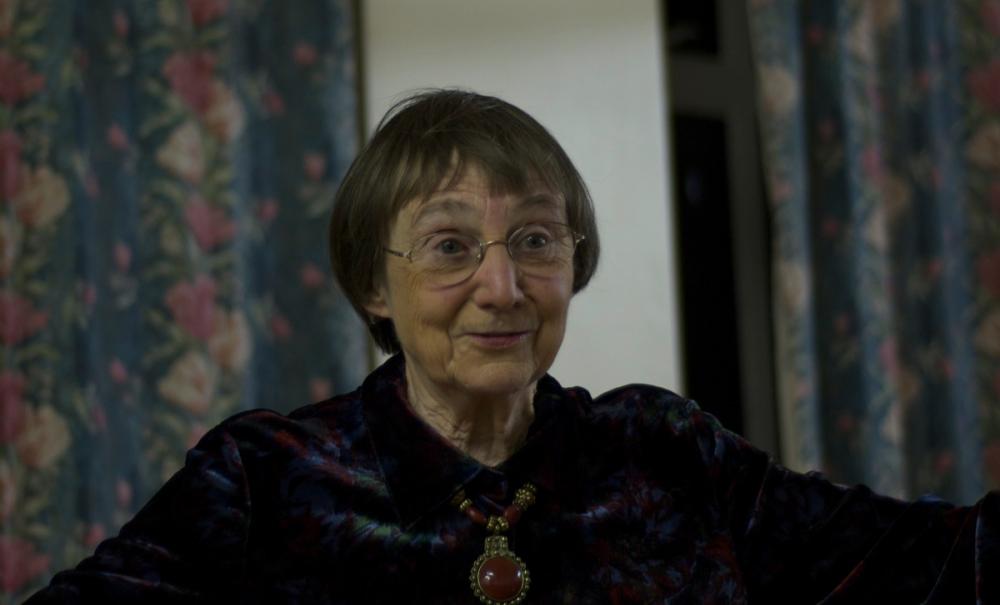 They will fit, she thinks,
but only if her backbone
cuts exactly into his ribcage,
and only if his knees
dock exactly under her knees
and all four
agree on a common angle.

All would be well
if only
they could face each other.

Even as it is
there are compensations
for having to meet
nose to neck
chest to scapula
groin to rump
when they sleep.

They look, at least,
as if they were going
in the same direction.

The geometrical arrangement of limbs in Anne Stevenson’s fine poem of marital disharmony is the key to an illusory sense of purpose. And to an extent, the poet’s precision of description underscores a nightly obligation, an observation which is at once commonplace and ritualised. The interlocking of knees with the space behind knees, of ‘groin and rump’ and ‘chest and scapula’ is not, in fact, a guarantor of successful ‘docking’ because the act, comforting though it is, may belie the unravelling of an emotional connection.

But there is ambiguity in the disposition: that narrator and partner are unable to face each other in any meaningful way is ironically compensated by the warmth of profoundly intimate physical touch, as though ‘spooning’ were the key to uncommunicative reconciliation.

If nothing else, the couple are facing in the same direction, and it is hard to remove the suggestion, here, of another, very much more famous, poem of half-intended fidelity to marital purpose. Perhaps the tokenism of ‘spoons’ represents, after all, the physical commemoration of a love once shared:

‘Time has transfigured them into
Untruth. The stone fidelity
They hardly meant has come to be
Their final blazon, and to prove
Our almost-instinct almost true:
What will survive of us is love.’ (from ‘An Arundel Tomb’ by Philip Larkin)


‘The Marriage’ is taken from The Penguin Book of Contemporary British Poetry, edited by Blake Morrison and Andrew Motion.