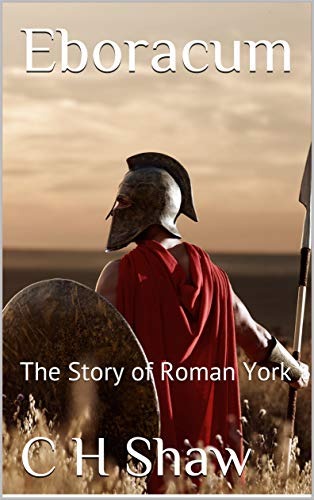 When, in 1982, General Leopoldo Galtieri ordered the invasion of the Falklands by Argentine forces, he did so, at least in part, to deflect attention from his failing domestic policies: the unpopularity of his military junta could serviceably be disguised behind a triumphal wresting of the islands from the British usurpers.

Two millennia earlier, Julius Caesar’s abortive attempts to secure the conquest of Britannia for the Roman Empire were quickly followed by Claudius’ successful invasion, which was precipitated, to no small degree, by the Emperor’s own desire to shore up personal popularity at home. Nada cambia, or Mutantur nihil, according to your conquistadorial preference.

That the fate of nations is often brokered on a whim or pragmatic diversion, is one subtext of Claire Shaw’s insightful new reading of the significance of York’s tenure in this defining period of history: the cultural and material architectures of the known world of Britannia were in the throes of cataclysmic transformation by the time of Eboracum’s founding in AD71.

The building of a securely protected fortress between the Fosse and the Ouse, approximately three metres beneath the present city, became the subterranean foundation for York as we now recognise it. And the sense of an historical presence still obtains: a history which continues to fascinate locals and tourists alike is overwhelmingly shared by Shaw, whose preoccupation is matched by the enthusiasm with which she approaches her subject.

If her impetus is reflected in a thorough research strategy, it is entirely complementary: her easy style of dissemination is effortless, no doubt owing to her command of the subject. All of which is a bonus for the ‘lay’ reader, who is liberally entertained as she is also instructed. We can only guess at the grandiosity of an Eboracum whose early wooden fortress eventually gave way to the ubiquitous, and durable, stone structures which are still being disinterred by archeologists several metres beneath our feet.

The city became an Imperial seat under the auspices of Septimius Severus in AD208 and there is a fitting symmetry to the connection between his immense power, and the ongoing revelation of Roman structures and artefacts of this and other periods. Ms Shaw’s story of York is fully cognizant of the power of these ‘messages’ from the past to shape our own sense of wonder; Roman York is littered with such glittering clues. The inventory of objects given up by the earth across York and its interdependent hinterland enables the reader to build a bigger picture of a thriving economic and cultural ‘Colonia’. 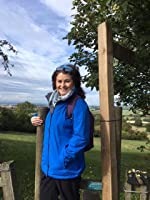 Claire Shaw
Not least in the book’s celebration of an indigenous people who must have been dumbstruck by Roman creative ingenuity, even if the products of such brilliance were only vouchsafed to the elite, and to co-opted dignitaries who accepted the benefits of latrines, bath-houses and a rudimentary form of underfloor heating, as they turned a blind eye to colonization and acculturation, in the interests of Pax Britannica.

If Claire Shaw is persuasive on the bustle and colour of municipal life, then she is always even-handed, aware of social divisions rendered poignantly conspicuous as the earth discloses historical evidence: ‘While the rich left us their marks in stone, the poor left us their bodies’. In this strictly hierarchical society – with slaves from conquered nations in evidence all over the Empire, and ever clearer status distinctions in the pyramid above them – woman were mere functionaries at all levels, evidence of their subordinacy to the pater familias glimpsed now and then on sarcophagi and engraved stone, in the jewellery of burial and betrothal.


Also by Steve Whitaker...
Poem Of The Week: 'Funeral Flowers' By Jill PennyBombs & Bananas: The Last Dinosaur In Doncaster By Sarah WimbushSurfacing After Rain: The Book Of The Earthworm By Sally CoulthardPoem Of The Week: 'Instead Of A Journey' By Michael Hamburger (1924-2007)The Music Of What Happened: Corona Ceoil - An Anthology By Leeds Irish Health & Homes
But Shaw’s history is mostly the history of the ruling classes since the scraps of record and landscape left to us make little or no reference to the tillers of the land, or the emptiers of the communal lavatories. It is unlikely that Julia Velva, whose tomb in York bears the authority of Eboracum’s powerful in a highly approving inscription, was a cleaner of sewers.

The writer’s fulsome recreation of a bustling history brims with local detail which, in turn, opens a window on a process of cultural assimilation; the Romans were clever enough to recognise the value of allowing the maintenance of indigenous traditions in order to harness approval and prevent rebellion.

The weight of Claire Shaw’s archeological evidence yields, in toto, a compelling argument for the Roman prosecution of a policy of gradual acculturation, with an eye to the accommodation of native culture in the areas of religious, creative and artistic observance. Alongside, for example, artefacts of Mithraic worship, we find the prosecution of local Brigantian pagan ritual embodied in totems and engravings. That such artefacts often exist in close geographical proximity bespeaks a tolerant, even encouraging, approach to the cultural appurtenances of the old northern tribes.

And to the criticism that the organized, meticulous, inventive, warlike Romans were fundamentally a people without heart, we find the following moving corrective on a tomb inscription, in commemoration of the death of a teenage daughter:

To the spirits of the departed Corelia Optata, 13 years old. Ye hidden spirits that dwell in Pluto's Acherusian Realms, whom the scanty ash and shade, the body's image seek after life's little day. I, the pitiable father of an innocent daughter, caught by cheating hop, lament her final end. Quintus Corellius Fortis, the father made this.

Claire Shaw reminds us that paternal love might sustain, in an age of brutality and occupation.