Review: The London Dream: Migration And The Mythology Of The City By Chris McMillan 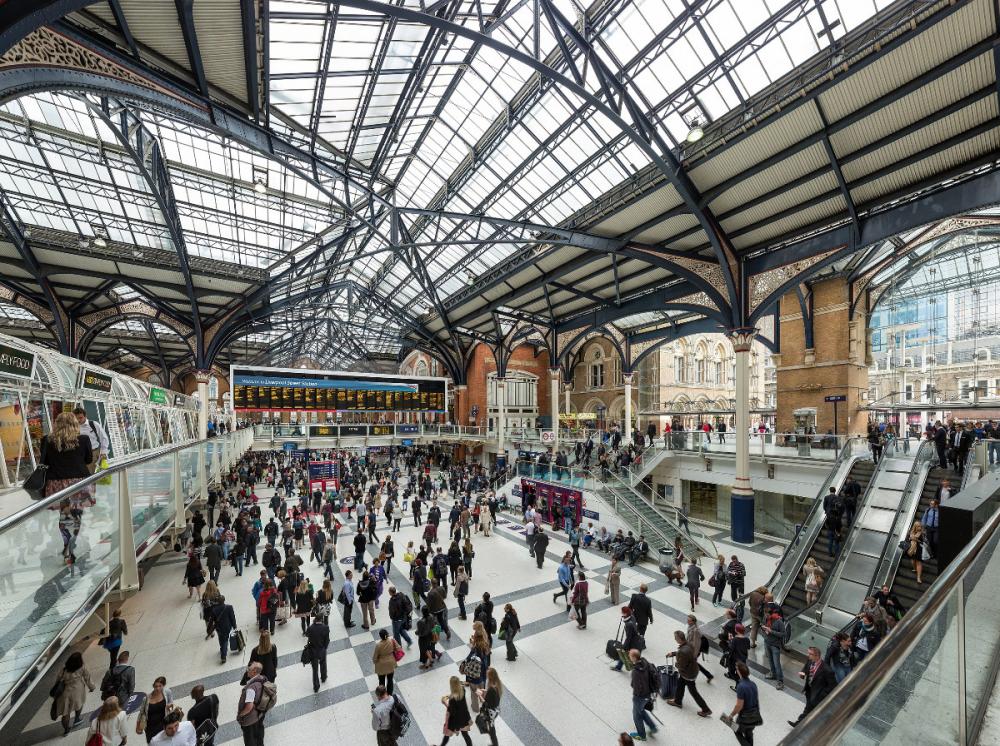 John McKenzie’s 1980 examination of contemporary metropolitan gangsterdom in his brutal film The Long Good Friday, contains at least one grain of counter-intuitive authenticity. Before the walls of his empire begin to crumble owing to his misreading of a perceived threat, we see a hubristic gang-leader, Harold Shand (Bob Hoskins), waving his arms around expansively on a luxury Thames yacht, describing a rebuilding programme which he thinks is about to restore London’s shabby exterior to its former greatness, with a little help from an uneasy alliance of his own mob and the New York mafia.

In a neat example of Life’s shadowing of Art, the transmogrification of London’s East End Docklands into the bijou apartmenting and office blocks of today’s sightline followed hot on the tails of both the film and Margaret Thatcher’s exponential expansion of the banking and service sectors, at the expense of grimy traditional industries and their erstwhile homes.

One tenet of Chris McMillan’s thesis in this fascinating account of the history and present of London’s migratory habits is the ‘dreaming’ of social and economic definitions of growth into reality, against all likelihood. For the contractions and burgeonings of the capital in terms of population and physical development have often taken place in circumstances which countered expectation. In the context of a ‘dreaming’, the wealth which is supposed to be a concomitant of unrestrained economic activity might not materialise, qua visibility of spending power - material signs of opulence may be as illusory as the noun ‘re-invention’ is chiefly an abstraction. And ‘positive’ developments ideated with the best ethical intentions may actually incur unintended corollary abuses, albeit frequently hidden behind an all-purpose wall of growth and seeming prosperity.

That McMillan is divorced from his own roots – as a New Zealand native who came here for work in 2010, and has, as it were, inspected the metropolitan machine and its unexpected byways from the bottom up – is something of an academic bonus: like many an ex-patriate writer before him, distance enables forensic detachment, a prerequisite of an unsentimental, unblinkered approach whose examination reveals the peripatetic wood behind the trees, and surprises us with ideas we thought, with hindsight, we already recognised.

And closes the deal with great panache, for his sociological account of motivation and realisation in the capital is engagingly written, with an effortless grasp of cultural vernaculars that thrive in the midden of redundancy and unlikelihood. Using the template of Richard Florida’s bisection of the new metropolitan economic activity into service and creative sectors, McMillan tests the thesis’ accuracy with a thorough investigation of the macro and micro motivational factors presently at play. Bolstering his research with frequent recourse to interviews – often conducted in the faltering demotic of his subject – he arrives at genuinely illuminating conclusions from the ground up. His openness to incredulity is a winningly transparent formula: he does not profess to have all the answers to migrations and re-settlements which are illogical and inherently consistent, and rounds on the inexorability of radical demographic change with the frequently repeated mental shrug – ‘and still they come’.

Geographical location need not be a determinant of demographic shifts: the old industrial heartlands of the East End have given way to hotchpotch, architecturally mixed, ‘smorgasbord’s of culture, such as New Cross. The shift to consumerism attendant upon the rise of China and India in recent decades has found new markets in places like London, to replace the industrial bases of production, and in turn to energise districts otherwise doomed to marginalisation or extinction with the illusory buoyancy of consumption. And the twin manifestations of the mutually interdependent Creative and Service sectors under the generic, and to some degree, specious epithet ‘Cool’ find an instructive prototype in the new musical ventures of New Cross, where the Britpop variation of ‘cool capitalism’ first emerged in the late nineties. Citing Thomas Frank, McMillan corroborates a way of thinking which is beset by internal contradiction. By the fin de siècle, ‘the consolidation of a new species of hip consumerism, a cultural perpetual motion regime in which disgust with the falseness, shoddiness and everyday oppressions of consumer society could be enlisted to drive the ever-accelerating wheel of consumption’.

Against a backdrop of new types of demand, and hinged upon web design, business marketing, PR, Copyrighting, Banking and media relations, a revivified, dynamic form of capitalism was cajoled into practical realisation. The ethical underpinnings of such a venture yield a salutary lesson in inconsistency: many businesses emerge with an ecologically-friendly, sustainable mandate, yet many also undermine a sound agenda with wholesale employee abuses promulgated in the form of internships, (very) short-term contracts, and corrosive wage structures. Paraphrasing Defoe’s dissection of the rapacious iniquities of the early British Empire, McMillan finds observable parallels in the present: the binary phenomenon of ‘politeness and monstrosity’ acts to illuminate a central paradox in job markets and business organisation. The coffee houses which littered the streets of eighteenth century London, and which were fed by the slave trade, find modern counterparts in the ubiquity of flat white and macchiato establishments whose visibly advertised ethical approach is serially undermined by pitiful staff salary packages.

As a Kiwi, McMillan is good on coffee shops – his early scribblings, like those of J.K. Rowling, took place in several. And he is quick to infer the crushing irony of the skill and speed with which effective baristas must work to make an unliveable wage. The notion that it remains ‘cool’, and attractive to migrants, to fill the many thousands of available roles in the service sector, in despite, is the recurrent conundrum here: what has driven/drives especially the young to the perceived ‘cool’ of London when the reality of survival may be ‘monstrous’? 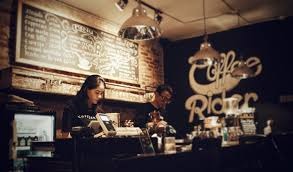 The imagined separation of Creative and Service sectors – Florida’s theme warms to the distinction – is overturned in McMillan’s reading. The two, he finds, are interchangeable, and to some extent, indivisible: the service sector which feeds, waters and entertains its more desirable, creative sister, may also be the departure lounge for sometimes strategic, sometimes opportunistic, advancement. For many, survival in a rarified economy where rents are absurdly high and the road to house purchase non-existent, demands a nuanced negotiation between the two. McMillan’s lengthy interview with Australian ex-pat Aidan yields the eye-watering fact of ninety-hour weeks in coffee shops and restaurants, in order to sustain the dream of an illusory temporary contract in the creative sector. That he is obliged to yo-yo between the two modes of radically underpaid employment is one stark measure of an unjust machinery in which he is a willing, even cheerful, component.

‘But still they come’. A similar story obtains across both sectors, rendering the ongoing aspiration to betterment in the capital paradoxical at best. The desperately large numbers of Equity members – a result of the expansion of university courses and drama schools over recent decades – now results in a staggering 46% of actors earning less than £1000p.a. across the city. Employment choices are hugely circumscribed by the lack of professional work, frequently leaving the service industries as the only feasible recourse. Needless to add, the situation will have become immeasurably worse in the age of Covid.

There is irony in the book's unavoidable self-referentiality, for its subject matter encompasses that which enables it to breathe: Zero may not be a London publisher but the fact remains that the overwhelming majority of UK publishers are city-bound. A dominant creative sector force, publishers are no doubt prone to the same employment short-termism that renders the workplace more fluid, inconstant and difficult to survive. We are fortunate that in Chris McMillan, we have a perspicacious guide to negotiate a path through a strange and narcotic minefield:

‘It is not all plain sailing. London frees and alienates in equal measure, sometimes on the same tube ride. For many, the hurly-burly of metropolitan life is the appeal; to come to the big city and see if you can make it. The cost and pace of living were all part of the fantasy of London life, just as hangovers, noodle dinners and empty pubs are part of chasing your big break’.


The London Dream: Migration and the Mythology of the City is published by Zero Books.