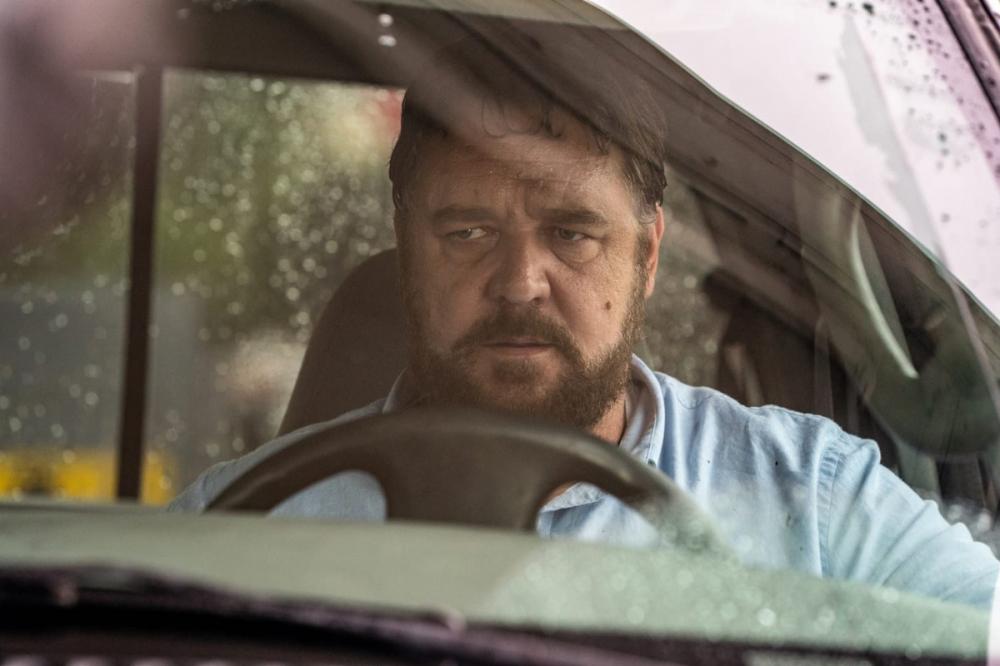 It’s an angry world and sadly, no matter who wins the upcoming election in America, or whatever happens over on our shores, it’s hard to see that ever changing. It feels as though Pandora's box has been well and truly opened, and there may be no way back. But what happens when you transplant this anger, behind 4,000 pounds of moving metal?

In the opening credits alone of Derrick Borte’s Unhinged - with David Buckley’s atmospheric score and the alarming real life footage of road rage car accidents - you get the sense that this is going to be an old fashioned white knuckle experience...and it is just that. This was one of the first films that welcomed audiences back to cinemas in the more hopeful time of July and it is actually one that’s intensity has come to be more appropriate with the passing months.

The film tells the story of young woman Rachel (Caren Pistorius), who is juggling her job, family and an increasingly unpleasant divorce from her husband, but during the daily commute, running late, and with the day just getting worse, she has an altercation with a random driver (Russell Crowe), and soon finds herself in the crosshairs of his obsessive and violent rage.

This film essentially pulls in to that human unease of “you never know the person who is walking right past you”, only this time it takes that idea and places it behind the wheel of a car. Carl Ellsworth’s screenplay may be far from subtle and could perhaps have more insight, as it maps out some of its points. However, this concentrated thriller seizes every opportunity to induce cinematic whiplash, with its bone-rattling message of how rage is a constant on (and for that matter off) road and how it can (and will) only continue to escalate.


Also by Jack Bottomley...
Review: Framing Britney SpearsReview: Blithe SpiritReview: SoulReview: Wonder Woman 1984Review: The New Mutants
Like 2007’s The Hitcher remake by way of Falling Down, this is a violent, intense and taut film, which effectively thrills, while also making its point in numerously visceral ways. Baring similarities to a slasher, as it heads towards an all out finish, some may see it as a bit much but the film is kept focused by the two-hander between its two leads. Both characters are flawed in ways, but where Rachel is overwhelmed while made stronger by this frightening battle of survival, her tormentor (whose life is slowly painted through the film) has become a monster, seeking to inflict pain and retribution on the world in response to his own feelings.

Russell Crowe’s villain is a compellingly unstoppable personification of anger. His large figure being a kind of container for all the hate that has swelled to this point of no return. His performance is sinister from the off, with his incendiary gaze and calm demeanour increasingly breaking to unleash an all out assault of crazed violent fury. Crowe put me in mind here of John Goodman’s hair-triggered turn in The Big Lebowski mixed with the escalating menace of his 10 Cloverfield Lane baddie.

Crowe drives the film (so to speak) and lets loose a villain who truly hits you with full force, which makes the fast and furious thrills and uncomfortably relevant ideology of the film all the more effective.