When Patty Jenkins unleashed her acclaimed and inspiring interpretation of DC Comics’ iconic Wonder Woman back in 2017, many felt it was a turning point for the DC Extended Universe, a universe which has since taken off with creative risks and delivered some outstanding comic book pictures in the likes of Aquaman, Shazam and Harley Quinn: Birds of Prey. So it was not a question of if Jenkins would be bringing us a sequel but when...especially in a year like 2020. Delayed already for additional work, Wonder Woman 1984 saw itself shifted up, down, and all around the uncertain cinema release schedule for a most problematic pandemic year. 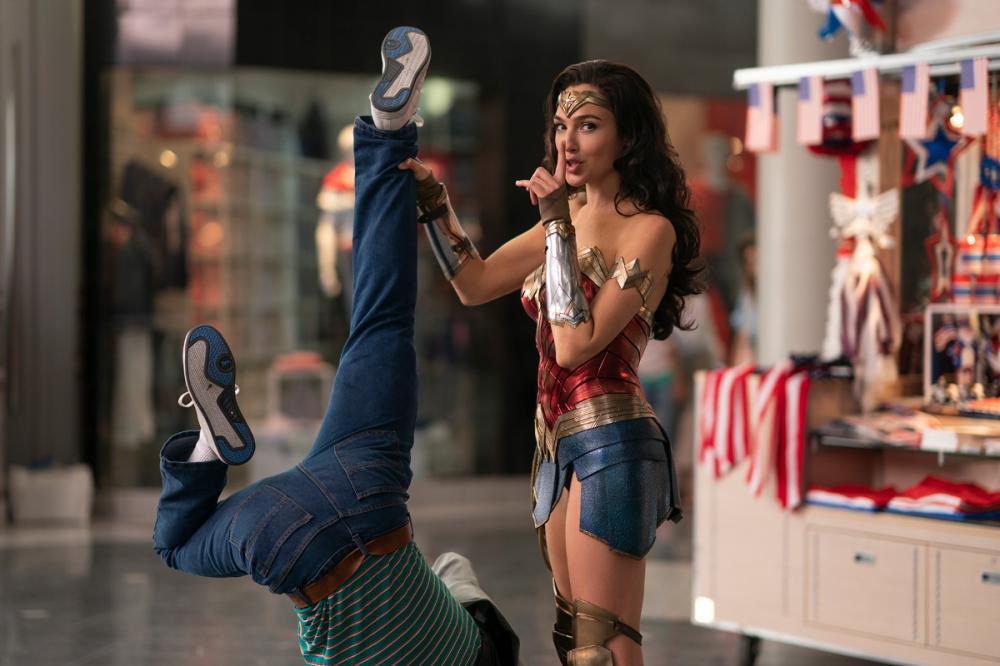 Thankfully though, through the insistence of its cinema-adoring makers, select (still open) cinemas in the UK did get the chance to screen the much anticipated movie last month, before the current lockdown set in. However, the film is now available for all, on streaming services and Sky Store Premiere, here in the UK. But, after so much online discord about this superhero blockbuster since its initial release weeks back, and some fierce social media debates that are still raging, is the film really as bad or as crushingly disappointing as many are proclaiming it to be?

Set in - you guessed it - 1984, this film sees Diana (Gal Gadot) balancing her ‘in the shadows’ superhero work with her job at the Smithsonian, when one of the most unexpected twists of fate comes her way in the shape of a mystical item. One that has great power but also great costs. So Diana certainly has her work cut out, as this ancient power causes utter chaos, creating new powerful figures, new villains and some highly personal stakes for our hero, and indeed the world.

The online furore is actually kind of appropriate in a strange way. Wonder Woman 1984’s messages of unity, good and hope are much welcome and arguably the very thing we need right now. So it is sadly unsurprising such a message has caused an online rift in the discourse surrounding the film, which makes some of the points raised all the more essential and necessary. Jenkins’ movie has been called the overstuffed equivalent to Sam Raimi’s Spider-Man 3, Marc Webb’s Amazing Spider-Man 2, Joss Whedon’s Avengers: Age of Ultron or Bryan Singer’s X-Men: Apocalypse but it’s a lot better and more heartfelt than any of the aforementioned.

Jenkins, Geoff Johns and Dave Callaham’s screenplay is ambitious but loaded, offering a wild, weird, fun, throwback, chock full of silver age comic book easter eggs and plotting (coming as a surprise and a treat for fans, especially longtime ones), with a unifying message at its core and themes of sacrifice, acceptance of loss and the selflessness that must come with being a hero. The film has an epic grandeur to it, befitting one of the early superhero genre sequels, and captures the ‘80s excess bang on, taking some big swings, in unfurling its mental story of powerlessness and wish fulfilment gone awry.

The film is divisive in its approaches, and admittedly takes the madness to great lengths, cramming in some throwback homages to genres like body swap comedy and action adventure epic, which sometimes creates some unintentional and stereotypical problems if you look deeply. Though some complaints are valid, some are also baffling. For instance, last time many complained about the action-drenched last act (which I actually really enjoyed and thought appropriate), this time the last act is thrilling again but pulls back in unexpected and poignant ways, which has ironically also caused a stir (you can’t win sometimes).

But even considering some of the film’s faults, it delivers in creating a joyful, stylish and heroic adventure for its legendary title character. One that toys with the hero’s weaknesses (Like Richard Lester/Richard Donner’s Superman II or more recently James Mangold’s The Wolverine) as well as strengths, which is a brave move, as many audiences dislike seeing their heroes disarmed. But here, it serves a huge purpose, and acts as an overcoat to the film’s aforementioned themes, as we see the costs of being the saviour.

Gadot returns on absolutely wonderful form as Diana, personifying a hero that transcends the boundaries humanity has constructed (sex, race and creed), a hero who when faced with lopping off a head or holding out her hand, will opt for the latter. The much publicised and seemingly impossible return of Chris Pine as Diana’s love and WW1 spy/pilot Steve Trevor is rather unexpected too, cleverly reversing the dynamic of the last film, as Trevor is almost experiencing the brand new world as she did and Diana is his tour guide through it this time.


Also by Jack Bottomley...
Review: Framing Britney SpearsReview: Blithe SpiritReview: SoulReview: UnhingedReview: The New Mutants
While further exceptional support is offered by Kristen Wiig as Diana’s co-worker Barbara Minerva (aka Cheetah) and Pedro Pascal hamming it up gloriously as the megalomaniacal Max Lord. To that point, Wonder Woman 1984’s treatment of its baddies is really quite impressive. As the film offers a relevant set of villains, one an insecure egomaniac desperate to attain the power he believes is essential in validating his being (familiar?), the other a woman tired of being trodden on and ferociously transforming into something more, something not to be crossed. The latter of whom gets a particularly powerful moment where she evolves, and her awakening changes who she is for the worse ultimately (as her ‘justice’ turns into the kind of vile predatory pleasures she initially wanted to fight off). Both characters still have you onside though, and - as with many great villains - make you understand, sympathise with and feel why they go down the route they do.

In all honesty it would have been great to see the film centre more on one villain rather than two, in particular Cheetah, as there is a lot to digest. But Wiig’s turn here acts as one heck of a whetting of the appetite, and one gets the impression that more is to come from the lore of this classic Wonder Woman adversary.

Starting with the meaningful opening Themyscira set piece (which is athletic and pulse racing), there are some huge action sequences dotted throughout, including a mid-film middle east sequence that is a sly nod to Indiana Jones. And whether the film is laying back in the ‘80s colour splattered cool or the societal madness (scarily familiar at times), Matthew Jensen’s cinematography is beautiful and always active, as are the film’s striking costumes (particularly that lovely golden armour from the pages of the comics) from Lindy Hemming. While Hans Zimmer’s score is of course magnificent, with the huge scale we have come to expect from him, as well as a real soul that matches the film’s essence perfectly.

In going such routes, Wonder Woman 1984 is big, brazen and bursting with as much content as '80s vigour, but for any flaws that may stand, the film is still an absolute blast. Zimmer's heroic score, the constant visual energy, some great action scenes placed wisely in the surprising mythic adventure narrative, all adds up to a bold and engrossing sequel spectacle, filled with soul-swelling hope and wonder. And make sure you catch that delightful mid-credits scene too!!!

Wonder Woman 1984 is a film to relish in times that can be as hopeless these and I loved every single empowered minute.