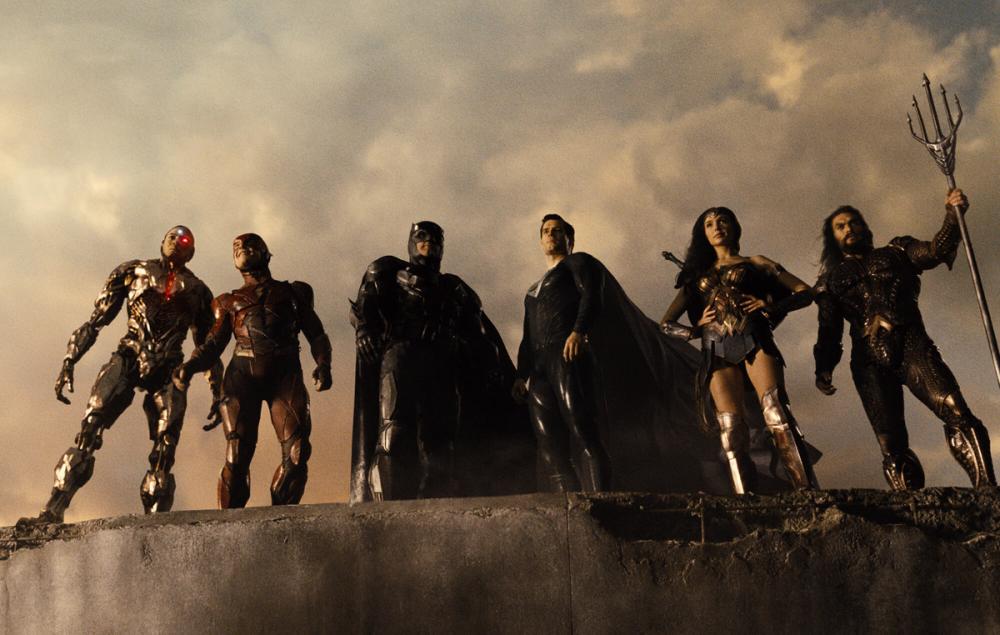 Much film and TV encourages fierce debate, but outside of Star Wars (virtually all of it barring Empire Strikes Back and The Mandalorian), Captain Marvel and Doctor Who, they don’t come much more ragingly debated than the DC Extended Universe franchise, from its beginnings in Man of Steel to last year’s Wonder Woman 1984.

Despite a number of more recent efforts receiving warmer responses, each film provokes strong feelings, no stronger than the grouping within this universe known as the ‘Snyderverse’. Now, most of us all know the story by now don’t we? After Man of Steel and Batman v. Superman: Dawn of Justice’s (itself suffering detrimental cuts, which inspired the director to release the ‘Ultimate Edition’, which was an improved experience) polarised receptions, Warner Brothers seemingly lost their nerve with director Zack Snyder’s vision for this comic book universe.

As a result, a long (and we mean loooooong) battle began over the shape 2017’s Justice League would take. Tragedy struck (this cut is beautifully dedicated to the memory of Zack Snyder’s daughter Autumn) meaning Snyder dropped out of production and director Joss Whedon stepped in and, well, the rest we could talk about for days (and that particular storm is only getting bigger).

Needless to say, this has been a long painful process but after fans’ online #ReleaseTheSnyderCut movement, sickening deeds, pandemic era platforms, $70 million post-production budgets and a rallying support from the entire cast for Snyder himself and his originally planned version of Justice League, we now arrive at a moment few thought may ever come. As Zack Snyder’s Justice League hits HBO Max (Sky and Now TV over on our shores), but is his passion project a better film than the cinema released Whedon cut? Is it virtually the same movie? Is it worth investing the four hours in?

Well we’ll get to that but even before viewing the movie - strangely - the miraculous existence of it is already a monumental victory. A triumph of dedicated fan support, human decency in modern film production and in upholding the integrity of original artistic vision over industry interference. However you take to this film, it is so gratifying to see a director and his supportive team get the chance to reclaim their work from the forces that cut it to pieces, and rather unprecedented to see it happen on this colossal a scale. 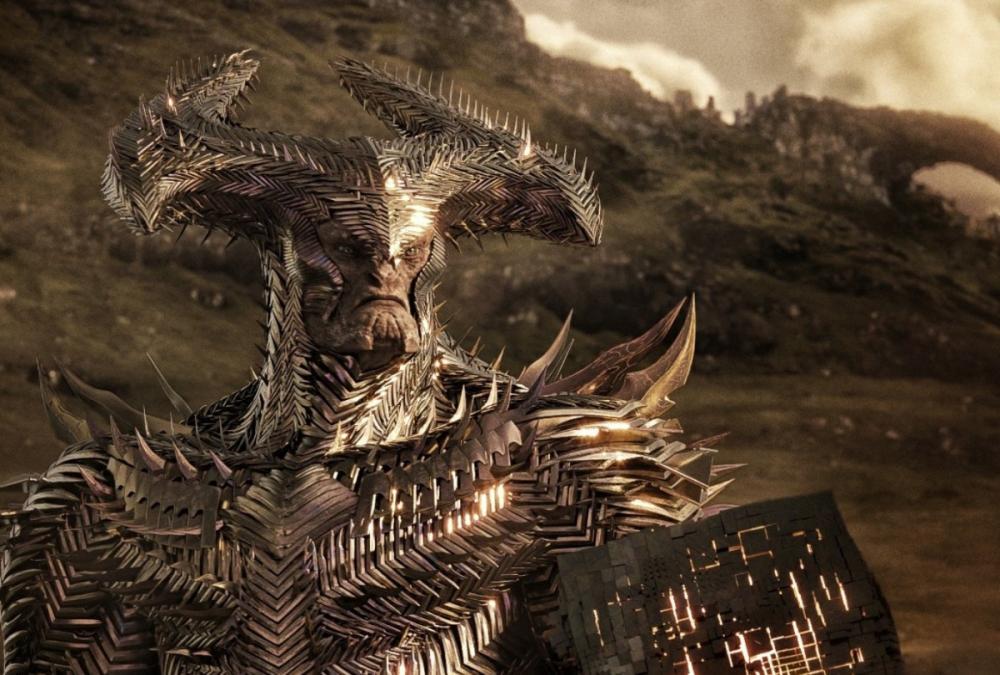 Now, onto the film itself. And again, where do I begin?!

As someone who actually enjoyed the 2017 film, despite seeing the gaping flaws and the ‘franken-movie’ jostling of differing directorial approaches and tones, I expected Snyder’s cut to be virtually the same film with cool added content. How wrong I was!

I was left literally stunned. Zack Snyder’s Justice League is a whole different movie, DC's attempt at a Lord of the Rings cinematic spectacle (I hope this gets an IMAX release whenever possible) and it delivers on every conceivable level and on a simply breathtaking scale.

As the world mourns the death of Superman (Henry Cavill), darkness has heard this wail of pain and prepares to invade the now more helpless earth. An intergalactic conqueror known as Darkseid (Ray Porter) sends his desperate and brutal general Steppenwolf (Ciaran Hinds) to gather an ancient power known as the mother boxes, to engulf the earth in his homeworld’s hellfire.

However, Bruce “Batman” Wayne (Ben Affleck) and Diana “Wonder Woman” Prince (Gal Gadot) have an ambitious plan to fend off these forces of evil. They aim to assemble a team of outstanding individuals – Barry “The Flash” Allen (Ezra Miller), Arthur “The Aquaman” Curry (Jason Momoa) and Victor “Cyborg” Stone (Ray Fisher) – to help them defend the Earth and honour Superman’s sacrifice by not letting it be in vain.

The story, at its very core is essentially the same tale but delivered with so many exciting further sub-plots and immensely fleshed out character dynamics and narrative cohesion, that it feels virtually unrecognisable to what they turned it into for cinema release. So much so, that I will never watch Whedon's cut again, because frankly there is zero reason to! My opinion of that released version of the film has been severely impacted because the butchery that went on here is insane and beyond what anyone could have expected.

Snyder's cut outclasses what we got in cinemas four years back in every single way possible, holding more heart, more story, more emotional impact and most shockingly of all better humour (the best humour in the 2017 version was already there it transpires) and more hope. Whereas before the heroes were at loggerheads and there was almost a pessimistic sense of failure, here the team unite stronger and there is so much unshakable goodness within this grand, occasionally brutal (what with the head lopping and blood) and towering spectacle that you feel genuinely empowered watching it. 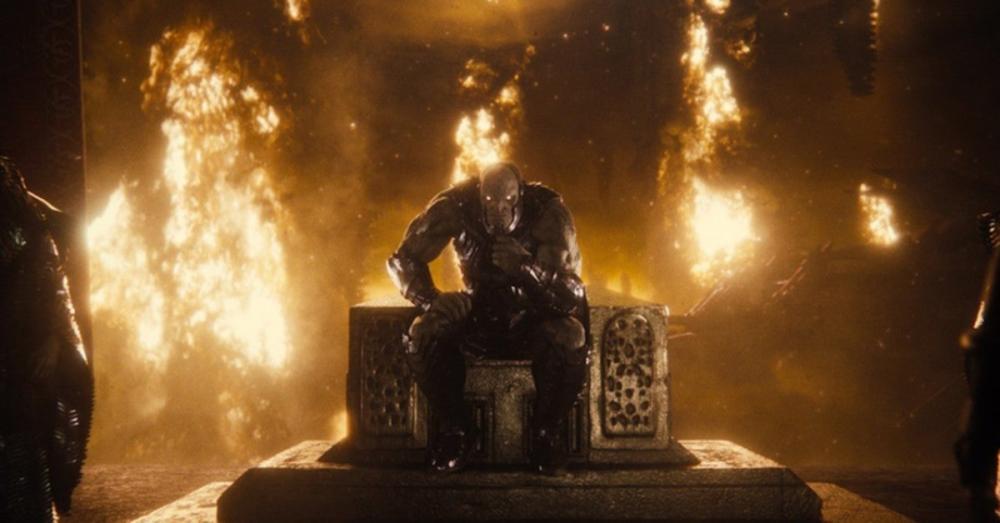 The monster 4-hour running time simply flew by, with the 4:3 aspect ratio giving it a classic bygone feel of a movie epic and Snyder’s cut is utterly engrossing lovingly crafted wish fulfilment for fans of comic book cinema that must at some point grace the big screen.

The finalised CGI looks great, with much of the visual power in total drastically improved, be it Fabian Wagner’s absorbing cinematography or the effects heavy last act. While Tom Holkenborg’s record-setting score is one of his finest ever works, giving the resonant punch to each and every scene, especially the dwarfing action scenes, which capture the true feeling of witnessing gods and men do battle. This film treats the source material as a mythic text, a legendary fable of good and evil, and delivers an experience befitting of such stories.

The set pieces are eye-gobbling in their detail and largeness, with some fresh and inventive thrills and visionary moments, especially in an extended and more coherent ‘Age of Heroes’ battle, that sees Darkseid and his parademon forces fended off by united humanity, gods, Atlanteans, Amazons and other allies. This sequence alone is a visually popping series of dream encounters for fans. For that matter, each and every action scene from the 2017 film is drastically improved, tightened and strengthened back to its original glory.

Here the story is split into Six titled parts and an Epilogue (which is a particularly handy structure if you want to split the viewing up at home) and the tone is handled carefully and expertly, never feeling as sombre as we predicted and if anything having the gravitas but also feeling resilient, inspiring and above all else exciting.

The film sets up so much, in clear plot points building to sequels, as well as unexpected character debuts and so many rich and rewarding discoveries and references within for the eagle eyed viewer. This is undoubtedly the work of a director with clear aspirations, important motivations and a love for the expansive richness of the lore. And I was left ready for more!

The characters across the board benefit from having more time to develop, with Affleck’s Batman and Gadot’s Wonder Woman both being the optimistic patriarch and matriarch of the heroic ensemble. Affleck’s caped crusader atoning for his past paranoia with belief in this world saving cause, and Gadot’s Wonder Woman being the ever loving but battle ready warrior there to lead that call to heroism.


Also by Jack Bottomley...
Review: Godzilla Vs. KongReview: The DissidentReview: CaponeReview: Framing Britney SpearsReview: Blithe Spirit
While Jason Momoa is again a joy as Aquaman getting time to strengthen his moral character here and having an effortless camaraderie with the entire team. Ezra Miller’s Flash is the youthful giddy energy of the team again but this time gets time to have his own universe and ability built up, particularly in a major action sequence that was a nice nod of the hat to Richard Donner and to Flash’s major time-based powers.

This said, nowhere is the film’s difference more notable than in the characters of Steppenwolf and Cyborg. Steppenwolf is redeemed as a ferocious villain, with a backstory that gives him an air of tragedy and his original look is far superior looking, less like an elvish creature (or old chap with a golf trophy on his head) and more like an unstoppable force coated in a fierce living coat of sharp shape-shifting armour. Even the dialogue menacingly growled by Hinds is an upgrade.

But Ray Fisher's work as Cyborg is just extradordinary, as he is the heart of the film and it is little wonder he was so vocal (as were all) in his disappointment of the 2017 cut where he was shamefully reduced to a cheap catchphrase by Whedon. In Snyder’s cut, the character’s story is more realised, and with it comes huge stakes, emotion and pain, as well as a greater sense of who this hero is and why he is the binding glue for this team of new found super-powered allies. Fisher exudes humanity and his arc with his father Silas (Joe Morton, who also gets a greater role) and his mother Elinore (Karen Bryson) hits the heartstrings in a way that really reflects the person making the picture, namely a loving parent. Overall this is very much a story of purpose, loss, belonging and family, and how togetherness defeats forces of division and oppression, and it could not be more appropriate for the story behind the scenes and that willed this project into being.

There are vast arrays of other characters that play a part in this almost open world story, Darkseid especially, whose incarnation here is a true testament to DC Comics’ ultimate galaxy dominating antagonist (voiced brilliantly by Ray Porter), who was clearly set to be the focus of Snyder’s planned sequels, alongside returning faces like Jeremy Irons’ fun tech whizz take on Alfred (who gets a number of great laughs) to a weathered and grotesquely sadistic turn from Jared Leto, back briefly as The Joker (and in one hell of a sequence). There are other appearances from large characters in DC, some of which at times even enrich previous DCEU offerings or build to future films (that closing scene), in this diverse (Whedon cut so many characters of different races) and excellent roster but I don’t want to spoil too much!

Some people called it a failure waiting to happen, some said it wasn’t even real but needless to say there are some very very wounded critics and egos out there right now, who were rubbing their hands waiting to say “told you so” and some of whom are now left desperately grasping as straws in desperately attempting to validate their already decided upon judgments of this original Justice League from Snyder. Yes it’s long and completely stuffed with content even at four hours, but this is a delicious feast and superior on every single level to the 2017 film, as well as a remarkable achievement when judged on its own legs, and screenwriter Chris Terrio throws all he can into it.

So there we have it, this was a long review but this was a whole lotta movie and it was a historic one for a number of reasons. Some will love it, others will not but Zack Snyder’s Justice League is the definitive cut as far as I'm concerned, and is a rousingly heroic epic to remember and cherish. Its success may resurrect plans for future projects but even if it doesn’t, this was a much necessary and worthwhile cause and a vindicating moment for all involved. Mind you, why this film had to be fought for to see a release at all is absolutely beyond me, the difference between this original cut and what the studios and Whedon mauled it into is night and day! I can’t wait to watch it again.