Stereophonics Fly Like An Eagle At The O2 Academy In Leeds 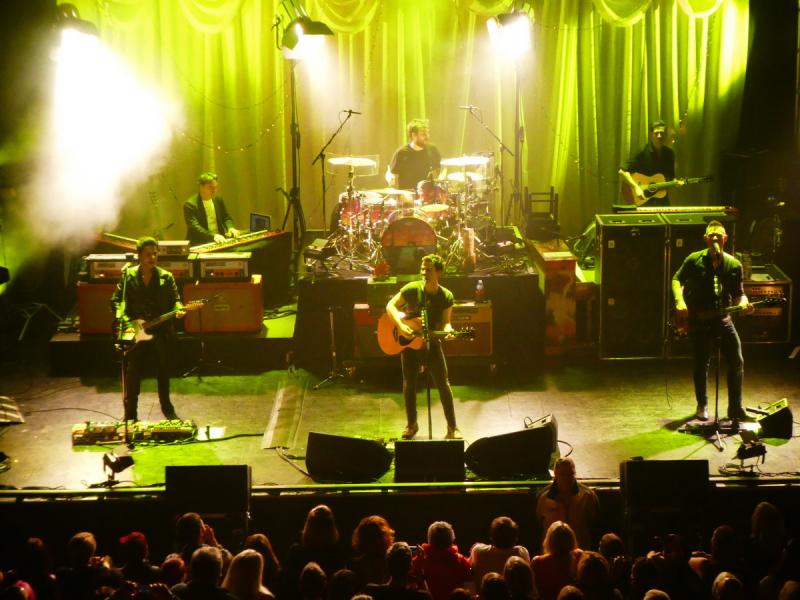 Stereophonics
For tonight’s support act, Nadia Sheikh the Leeds gig was always going to be a special one, as when she was 16 years old she saw Stereophonics at the o2 Academy when she was standing on the front row.

The connection does not end there either, her new single Get Away was co- produced by Stereophonics’ drummer Jamie Morrison. Her set is infused with a raw adrenalized rock, though when she speaks in-between the songs she speaks softly which seems to be in complete contrast to her songs.

Her new single, Get Away concluded a brief glimpse into what we can expect in the future.


Nadia Sheikh
For many the Leeds gig was a unique opportunity to see Stereophonics in an intimate venue – the gig was a warm up for the forthcoming arena tour around Europe. Lead singer Kelly Jones and the rest of the band walk on stage, the cheers go up as Catacomb opens up the set.

If you were looking for more rock orientated tracks their new album is in short supply of faster tracks, instead concentrating on slower ballads - at least 6 tracks of the new album are played during the show with Make Friends With The Morning, Fly Like An Eagle and This Life Ain’t Easy (But It’s the One We All Got) working best in a live context.


Kelly Jones, Stereophonics
Jones never really talked much to the audience, instead he just concentrates on introducing the songs. His knack though is writing tracks that you can sing along to that sound even better if you have a few drinks to share amongst friends.

The live sound does benefit though from the 2 keyboard players, one of whom turned Geronimo into a more soulful number with his sax solo.


Also by Graham Clark...
Ronan Keating Announces Solo TourSleeper And The Bluetones Set To Tour TogetherEnglebert Humperdinck Is Coming To Southport - His Only Date In The NorthMae Muller Shines In ManchesterBryan Adams Looking Good For Hull Concert
Sunny sees Jones sat at the piano as the stage lights up in bright yellow, though it was the latter half of the set when the fans’ voices were really tested. Have A Nice Day, Just Looking and Local Boy in the Photograph reminded you of how many good songs the band have in their back catalogue.

The Bartender and the Thief went right back to the start of their career as did Dakota both of which proved that the band are still one of the UK’s best live acts. Who knows - perhaps one of the fans stood down at the front tonight could be appearing on the 02 Academy stage in a few years time, but for tonight though the stage belonged to Stereophonics.