Halloween: Pumpkins And How To Recycle Them

The origin of Halloween is derived from the ancient Celtic harvest festivals, but more recently we think of Halloween as a night filled with sweets and trick-or-treating.
The Celts were pagans and the beginning of November marks the festival Samhain for the Celts. Samhain – which is November in Irish, pronounced sow-in – was the festival that marked the end of summer and the harvest season.


Photo by Jen Theodore on Unsplash
A Jack-o’-lantern is the name given to a carved pumpkin or turnip which originated in Ireland. Irish folk law says that there was once a man called ‘Stingy Jack’ who made a pack with the Devil. The story goes that when Jack died he wasn’t allowed into heaven or hell and so roamed the earth. In Ireland the people started carving faces into turnips to try and frighten off Jack’s soul. Irish immigrants took the tradition to America the home of the pumpkin and so it became part of the Halloween festivities. In America the festival was more about community spirit and less scary and by the early 20th century Halloween had lost most of its spiritual and religious meaning.

Halloween on 31 October is all about ghosts, goblins and evil spirits because it is ‘All Hallows Eve’ the day before All Saints Day on 1 November.

All Saints' Day is a time to remember the saints (hallows) and martyrs who dedicated or sacrficed their lives to Christianity. All Saints’ Day is not a bank holiday in the United Kingdom. Some Christians believe the pagan origins of Halloween and it's association with witchcraft and the occult distract from the message of their faith.

Churches, schools and community groups very often hold what is known as a ‘Light Party’ at Halloween when children come dressed in bright, sparkly clothes or as their favourite superhero rather than in frightening scary costumes.


Some interesting facts about pumpkins

Pumpkins are usually orange but can sometimes be yellow, white, green or red. They are harvested in October near Thanksgiving in America.
Pumpkins can be baked, roasted, steamed or boiled. Pumpkin soup is popular, as are roasted pumpkin seeds.
Pumpkin pie is a sweet dessert – a staple diet at Thanksgiving.
A member of the gourd family, which includes cucumbers, honeydew melons, cantaloupe, watermelons and zucchini.
The name pumpkin comes from the Greek word ‘pepon’, meaning ‘large melon’.
Pumpkins vary in weight but an average sized one might weigh around 13 pounds (6 kilograms)
Giant pumpkins can be grown for competitions, with some weighing over 1000 pounds! (450 kilograms).
Pumpkins are popular decorations during Halloween. A carved pumpkin illuminated by a candle is known as a ‘jack-o’-lantern’.

In the UK after Halloween 18 thousand tonnes of pumpkin goes to waste. Fresh pumpkin can be boiled, steamed or roasted and made into soups and stews. The flesh is high in fibre and low in calories.

Animals love pumpkins too but make sure there is no paint, pen or candle wax on them. It is a versatile fruit as the flesh can be boiled or steamed and then mashed before feeding to horses, chickens or dogs. It is always a good idea to check with your vet before giving pumpkin to your pet.

The seeds can be put on the bird feeder or even used to grow next year’s pumpkins. 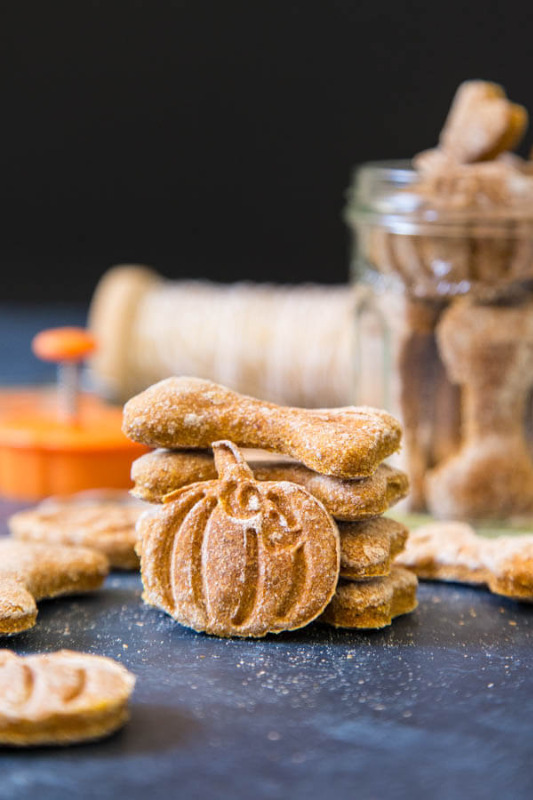 Here is a snack recipe courtesy of The Woodland Trust:


Photo by Joebart
Melt a tablespoon of butter in a pan and add clean pumpkin seeds.
Add cinnamon and sugar and mix well.
Spread the seeds on a baking tray and pop in an oven preheated to 180C/gas 4.
Bake for around ten minutes, let cool and enjoy!
Also by Jan Harris...
Indulge Yourself In These ‘I’m A Celeb’ Inspired CocktailsWill You Support Small Business Saturday?When Does Winter Start?What Is Advent?The Wars Of The Roses