Weekend Interview: The Queen Of The Voice Over - Jo Pickard

My weekend interviewee this week has a distinctive voice, certainly one you've heard before. That said, she has a voice for many a situation. Instead of putting a face to the name, I am meeting someone whose face we regularly see, a voice we regularly hear but whose name we may not immediately recognise.

Jo Pickard is the face of Omaze, the company that supports charities with fundraising so they can keep making real changes in the world. They are known for giving away spectacular houses. Jo has been working with Omaze for two and a half years.

“They are an amazing team of talented creatives, and we all work well together.”

Being the face of a brand can have its moments. Jo was in a restaurant in London and came out of the restroom only to be confronted by a girl who looked at her and said: “‘It is you. I have entered every competition. I’m desperate to win a house.”

It is a bit daunting for me to interview a person well-versed in the art of voice projecting and acting because I help business folk write and deliver speeches, which I mention.

However, I don’t need to worry, Jo immediately puts me at ease as well as oozing enthusiasm and a calmness. Not the laidback kind of calmness but an authoritative kind, someone who is confident and at the top of their game. I suppose composed. And, no wonder, as from the end of last year she can be called the queen of the voice over having conquered North America taking the crown at the annual VO Survivor American/Canadian competition.

It must have been daunting being the only Brit in the final and I am interested to find out what was involved.

“There were 1800 of us at the start. After three rounds we were whittled down to six and I am proud of my achievement because I’ve only being doing voice overs full-time since the end of 2020.”

“I got through the first round because of my narration read. I was given pieces to chose and I had to perform them in front of the judges on zoom. I was then given a critique and after that a wildcard medical script.

“That was great for me because I love them. Medical scripts are a real workout for the mouth because all the words are so long and unpronounceable, well certainly on first glance. I only had 30 seconds to prep it!”

I admit a little naivety in not fully understanding what is involved but Jo tells me that voice acting is all around.

“Wherever you are Andrew, there is somebody who is a voice actor to whom you will be subconsciously listening. Whether you are on hold on phone call, watching a children’s programme on TV where the script is being narrated or viewing an animated film, the common denominator is a voice actor behind it all.

“There are even silly things you may not have thought about. The voice on the bus, the train at a stadium, even the voice that talks to you through commentary on the TV. Anything you listen to from adverts to podcasts all involve voice actors.

“As a profession it is so varied; a diverse brilliant industry to be in.”

Jo’s infectious enthusiasm and her ability to paint pictures really highlights how exciting her day job is and she anticipates my next question perfectly.

“I hardly ever use the same voice. Take today, I have been up incredibly early as I am dubbing a sports documentary for a French American company. It was originally in French, now it is going to be in English with my voice. What they want is a very calm clear tone with a deep sound. Then I am doing three commercials for Omaze, and I will have to be much more upbeat. For Omaze I can’t be too salesy. It comes down to the right cadence.

"Alternatively, I could be doing an amination in a completely different accent. What makes the job great is it is constantly changing. For example, a gaming client, may want anything from a troll to a warrior.”

For many of us we use our voice in different situations to convey our feelings, so I am intrigued how Jo gets into the right frame of mind or mood.

The answer is quite simple and like everything in life – preparation is the key.

“I do a lot of prep maybe watching the footage that requires a voice over. It comes down to making sure all the timings are spot on or my script has my notes written clearly on it. It means I can get going from a running start rather than playing catch up.

“Once I have created the voice I need for a particular project, highlighted the words, and gone through the script and importantly understand what is happening by working out where the climax is and the softer parts are, I am ready. If I am lucky and there is time, I may read it through two or three times.

“My script for my first job today is eight pages typed in small font size. And it is all my voice no one else involved and I must get that done before the end of the day; I have already watched an hour of documentary, which I have time coded and gone though and highlighted everything I need.”

The answer to every question is fascinating and, as one would expect, Jo makes the perfect interviewee. Her diction and delivery of each answer is perfect. During the conversation on preparation Jo lets on that many of her distinct roles means she must immerse herself into the character. I suppose its like the way we read to children but with more technical elements added in. How then, does she animate and get in character?

When you dub, it is like a glorified karaoke machine.
“For characterisations they have a physical element to them because that is where the voice comes from. The voice placement in your mouth, in your palette, in your face is one thing and of course with accents it is vital to get right, if you want to make something nasal or gravelly. It can be technically specific.

“You would not necessarily think about it when you are voice acting but it is huge when doing characters and I must stay in position to the microphone. In gaming now, the studios have microphones that go over your head, which means that you can move with full 360 movement. That means I can attack, run, and jump and do all these things within reason because normally you have to be a hand distance from a microphone and have to make sure you are speaking directly into it. So, you are as physical as you can be whilst still being directional. “

I constantly sip herbal teas and water and there are things I don’t eat, like chocolate, cheese or peanut butter and you really shouldn’t drink any diary because it coats the larynx and means you have a barrier making it harder to perform.
The other point I underestimate is the precision needed in voice overs.

“It is interesting. If you have two seconds left at the end it can be quite frustrating. Because you have to go back over it and do another take that includes those two seconds as they could mean the difference between a great take and an amazing take because you have given yourself a little bit more time.”

To make the point Jo asks if I have done karaoke; I answer with an embarrassed whispered ‘yes.’

“There you go. When you dub, it is like a glorified karaoke machine. The film or documentary you are dubbing has a ball bouncing over the words. It is specific. I did an Israeli character for a Netflix show recently and she was on the screen. As you can imagine the mouth formation was completely different to English speakers, so I had to get the breath, cadence, rhythm, and emotion as well as the timing, correct.

“I sometime have help from a producer and a technician in my headphones and they do all of the techie bits, which means I don’t have to worry and can bring more creativity to the project.”

“I do quite a bit of it myself these days especially for companies that are just starting out and need advice.” 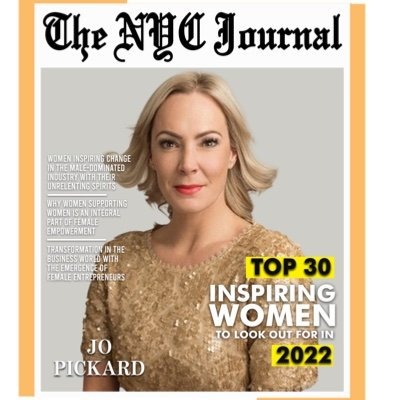 “It doesn’t stop there I need to do a lot of physical preparation. A minimum of 25 minutes before I do any voice job I warm up. At the beginning of the day, I warm up my voice and body. It is an instrument after all.”

Again, Jo manages to explain things in an uncomplicated way. I get the point about it being an instrument because as an organist there are a host of external factors that can have a detrimental effect on an organ, whether it is humidity to coldness that affects the tuning and mechanical parts. I notice Jo has a water bottle with her, so I enquire how she looks after her vocal chords especially now in a post lockdown period where colds are doing the rounds.

“You may notice that I am a bit croaky today,” actually I had not noticed, Jo’s voice is, if I am allowed to, say, smooth and silky.

“I constantly sip tea and water and there are things I don’t eat, like chocolate, cheese or peanut butter and you really shouldn’t drink any diary because it coats the larynx and means you have a barrier making it harder to perform.”

Just as I was beginning to think a move into voice acting was just for me, I change my mind, I could ditch the peanut butter but certainly not chocolate or cheese.

Having won the VO Survivor competition, I ask if world domination is on the cards. Of course it is! But for now Jo would like to get a long running series on TV either narration or feature more in animation and gaming.

“I am looking more for long range characters that I can build on and get in-depth into their characters and give back to the audience.

It is not all about voice overs she has been a presenter for 12 years especially with the Volvo Ocean Race and the gigs she has presented have been fantastic. She has travelled the world and interviewed some of the greatest British sporting stars.

In 2012 and 2016 she presented and interviewed every British sports person that won a medal at London and Brazil for the entirety of the Olympics and para-Olympic games. In London, there was a stage, Park Life, right in the middle of the Olympic Stadium.

“It was tremendous fun at Super Saturday in 2012. I had over 17000 people watching the big screen with me. It was hot, and interview followed interview. It was getting exciting a pinnacle sporting moment. We were watching a big race when halfway through the electricity went off and the whole stage shut down.

"In a second everyone just stopped. I had to think fast with all these eyes looking at me. So, I grabbed a loud hailer and got everyone to do a Mexican wave to try and get the energy back to the screen and, just as it was in flow, the electricity came back on, and we all cheered on yet another win. It was stressful but fun.”