Hannah Tovey
Hannah Tovey is the author of The Education of Ivy Edwards, published earlier this year. Originally from South Wales, she spent her childhood in Hong Kong and now lives in London. Her debut novel explores the importance of family relationships, especially when life as we know it goes off the rails, and has been hailed as a cross between Fleabag and Gavin & Stacey. Hannah wanted to portray the humour and romance of Welsh people, which comes across strongly in her characterisation, but she also wanted to remind readers “to be kind to your mother, hug your grandparents and don’t take your family for granted”.

She says she finds an “immense freedom when I put pen to paper” – something she couldn’t get from acting, which is what she had originally intended to do after university. Writing has shown Hannah that she is much more resilient than she had initially thought, but the other key lesson in becoming a published writer is that she has learnt that she cannot, and should not, read reader reviews!

Echoing the words of many debut writers we have encountered this year, writing has proven to be a lonely and isolated journey at times for Hannah, but she says “it’s the best job I could ever hope for”. She has also realised that there is little point in sweating the small stuff as it does not warrant the intensity of stress it usually attracts.

Hannah sticks adamantly to the Stephen King method of writing – 1000 words a day, “No more, no less”. Her writing process is always character led; she seeks to understand what drives them, understand what and who they love and explore what might happen if those loves were taken away. She explains “I’m always thinking about where the tension lies; how I can make the reader feel safe, them shock them on the next page”. When writing, she also requires complete silence and “an obscene amount of Diet Coke, which doesn’t make me a very accommodating house partner!”. 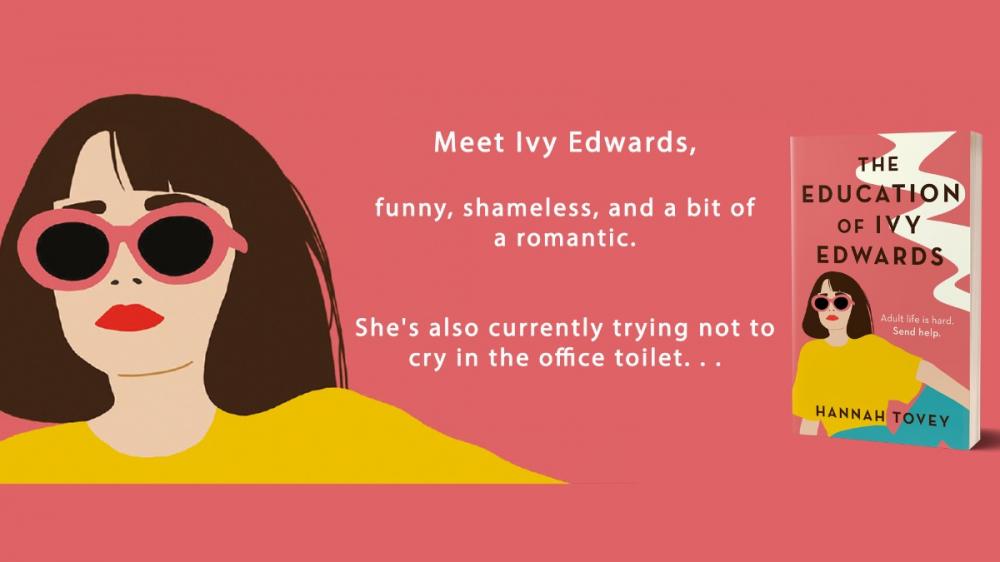 Her tutor at the Faber Academy (where in 2018 she undertook a six month writing course), Richard Skinner, taught her a lot about the importance of authorial voice, but she made no conscious decision about what her style or voice should be. However, the confessional manner adopted in Ivy Edwards did come naturally, so she “had no choice but to write (it) in the first person”. What excites her, as a writer, is that by writing with honesty, she can create characters with whom people can connect, who can make the reader both laugh and cry and can inspire irritation and empathy in equal measure.

Hannah’s confessional style of writing has been inspired by the novels of Nora Ephron and Helen Fielding, who, she tells me, have been “massive influences. Their work is laced with wit and humour, and their characters always so multifaceted and complex”. The female characters portrayed by Ephron are written with “hilarity and wisdom” so that the reader can find even the most mundane and innocuous things hugely funny. Hannah says that Ephron and Fielding’s characters are “messy and raw, but you can’t help but fall in love with them,” and she hopes her own readers feel the same about Ivy Edwards.

Hannah received twenty-three rejections from publishers before she secured a deal, which was “brutal”. However, the knock-backs forced her to take a short break and reconsider, allowing her to return to the manuscript with a fresh perspective, and she received her first offer shortly after making a “hefty edit” to the original: “Sometimes you need some time away from the page to be able to work out the way forward”.

To write full-time would be “an absolute privilege” for Hannah, who is currently crafting the story for a third novel. Her second book will be published July 1st 2021 and her intention is to keep writing stories and to make people laugh. Her literary aspirations also include screenwriting: “I started writing plays when I was in school and I love writing sharp, fast-paced dialogue”, which would of course be apt for TV and film writing. 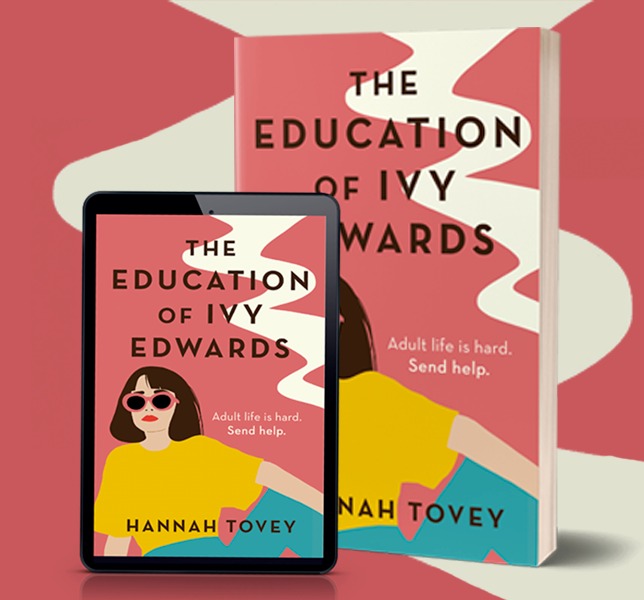 Hannah would like to take the character of Nessa, from Gavin & Stacey and use her personality in a piece of original fiction. Given the character’s “colourful past” and that she appears to have dated almost every famous man in history, Hannah says “I could get up to all sorts of mischief with her”. Similarly, Hannah adores the characters who appear in Dylan Thomas’s Under Milk Wood, a 1954 radio play later adapted for the stage and into film. She says they are “completely bonkers and fantastic gossipers”; if they were real, she adds, “we’d have a riot together. For her reading choice, beyond Fielding and Ephron, Hannah would choose the novels of Jessie Burton and Donna Tartt, who, she says, are beautiful storytellers.

Many readers of The Education of Ivy Edwards will come to consider the eponymous heroine with equal exasperation and affection, and Hannah echoed my thoughts when asked what she would like readers to take away from the novel. She said, “I want people to know it’s ok not to be ok, that only you can rescue yourself”. And, as expected from the writer herself, her fitting conclusion to what she sees as the message of the book is that she wanted “readers to feel like they are having an honest conversation with their best friend, someone they love and trust and want the best for”.


The Education of Ivy Edwards is published by Piatkus, an imprint of the Little, Brown book group. It is available for only 99p on Kindle until December 22nd.
More in this series...
The Imposter by Anna Wharton: A ReviewGirl In The Walls By A.J. Gnuse - A ReviewReview: Lightseekers By Femi KayodeAn Interview with Alice Ash - Author of Paradise Block‘ …Really Real Poor People, Surviving Alone Together’: Paradise Block By Alice AshInterview: Neema ShahKololo Hill By Neema Shah: A ReviewInterview With Catherine Menon - Author Of Fragile Monsters‘Ghosts Everywhere I Look. Ghosts Everywhere I Don’t’: Fragile Monsters By Catherine MenonInterview: Bethany CliftLast One At The Party By Bethany Clift: A Review'There Is No Such Thing As Fate, Because There Is Nobody In Control': My Name Is Monster By Katie HaleInterview With Frances Quinn - Author Of The Smallest Man'A Hero Of Our Time!': The Smallest Man By Frances QuinnInterview: Thomas McMullan, Author Of The Last Good ManReview: The Last Good Man By Thomas McMullanInterview With Nikki Smith - Author Of All In Her Head'I Don't Know Who I Am Anymore': All In Her Head By Nikki SmithInterview With Cat Walker - Author Of The ScoopThe Education Of Ivy Edwards By Hannah Tovey: A Review