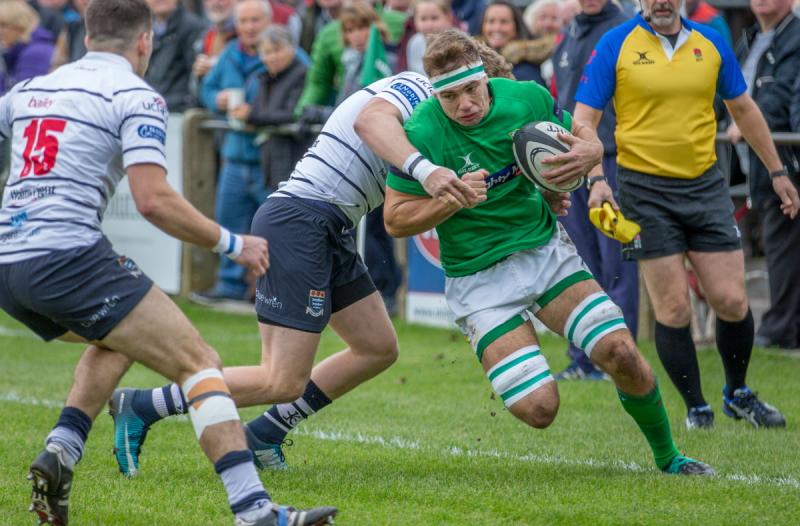 photo by Ro Burridge
Late changes to the home side saw skipper George Hedgley fail a fitness test which necessitated Matt Speres come into the starting fifteen and evergreen and talismanic director of rugby, Rob Baldwin, take his place on the bench.

The home side started strongly and were unlucky not to put points on the board in the opening minutes. They didn't have long to wait before troubling the new electronic scoreboard when, following a fine turnover under the Preston posts, the ball was fed wide for Chris Walker to score the opening try of the game.

Further good attacking play, with the back three of Bullough, Hamilton and Cicognini looking pacy and menacing, saw Wharfedale again on the front foot and Blakeney-Edwards extended the lead with a simple penalty after a Hoppers infringement.

A relentless wave of Green pressure, down the hill and towards the river, resulted in a further score for Dale. A yellow card for the Preston centre saw the Green Machine take full advantage of superior numbers and the impressive Ben Blackwell crossed to make it 13 nil with just under half an hour played. 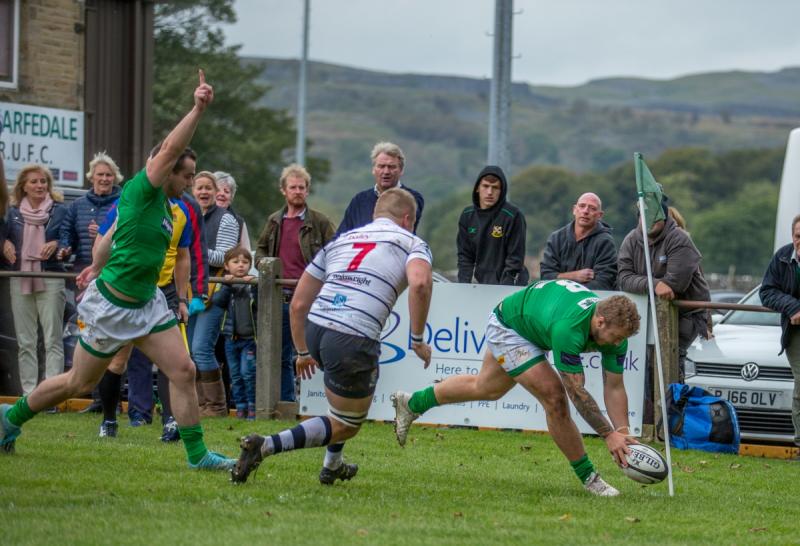 photo by Ro Burridge
Full credit to the Hoppers as they came back strongly and gained a foothold in the game when, thanks to increasingly dominant forward play and after a string of scrum infringements in Wharfedales red zone, a quickly taken tap penalty resulted in the ever dangerous Dorrington crossing under the sticks. The conversion by Gregson made it 13-7.

With the clock showing forty minutes, on the cusp of half time, Blackwell gave a show and go to the visiting defence and crossed unopposed for his second, and his sides third, try. A touchline conversion by Blakeney-Edwards made the half time score 20-7 and, to be fair, it was no more than the Greens deserved for a dominant first stanza.

The old adage of a game of two halves and the break coming at the wrong time, has never proved to be truer as Preston, now with the slope in their favour, started the second period strongly and were rewarded for their efforts when Dorrington crossed for his second try. Gregson made no mistake with the extras and the score was 20-14.

A man and ball tackle by Cicognini was deemed, by referee George Richardson, after lengthy consultation with his assistant, to be high and dangerous. The Wharfedale winger found himself have a ten minute break and Hoppers made their extra man count when, after a poor kick and chase, coupled with weak tackling in midfield, saw Spence carve his way through from distance to score out wide. The conversion was unsuccessful and with almost thirty minutes left on the clock the score was 20-19

The introduction from the bench of Lawn, Asejevs and Baldwin steadied the rocking ship and the home side had a spell of sustained possession and pressure in the Preston half. This came to nought as the Hoppers defence held firm.

As the game reached a frantic climax, with no quarter being asked or given by both sets of committed players, Preston looked for a winning score. The Green Army never broke ranks and repelled the marauding visitors to keep their line intact.

After a cracking game of cut and thrust rugby it came as a relief to the Wharfedale faithful when Mr Richardson called time with the hosts coming out on top by a single point.

The star man award was given to Prestons backrower, Ryan Carlson, who had an exceptional game both in set and loose play, but he was pushed hard for the accolade by Ben Blackwell, who ran and tackled strongly, and Chris Walker who put in another big shift for his side and is playing his best rugby yet, week in and week out, in a green shirt. 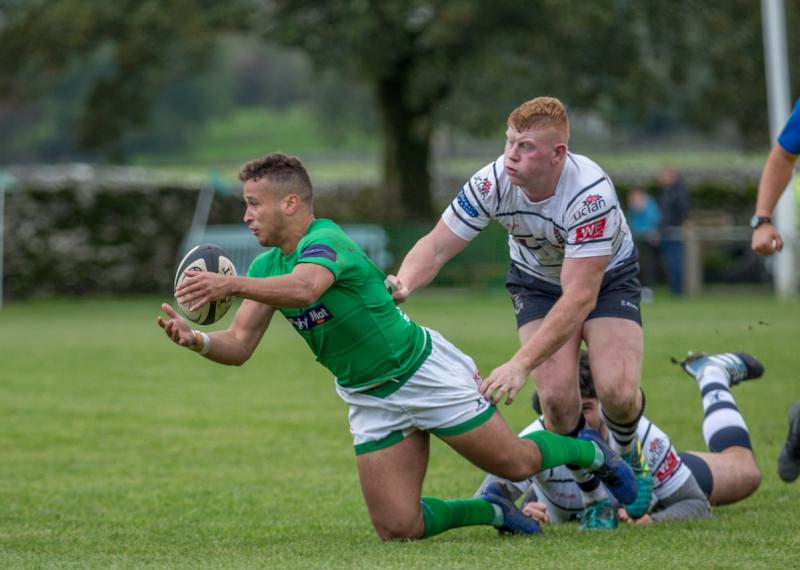 photo by Ro Burridge
Special mention, once more, must be made of the man in the middle. For the second week running Mr Richardson had a fine game and handled the players and situation with aplomb.

Coaches Feeley and Skurr will be happy with the victory, which takes the Green Machine up to sixth in the table, especially with some key personnel missing, although those coming in stood up to their task manfully and showed the strength in depth of their squad, but know that they have little things to work on in the coming week prior to the arrival at the Avenue, next Saturday, of Sheffield Tigers.